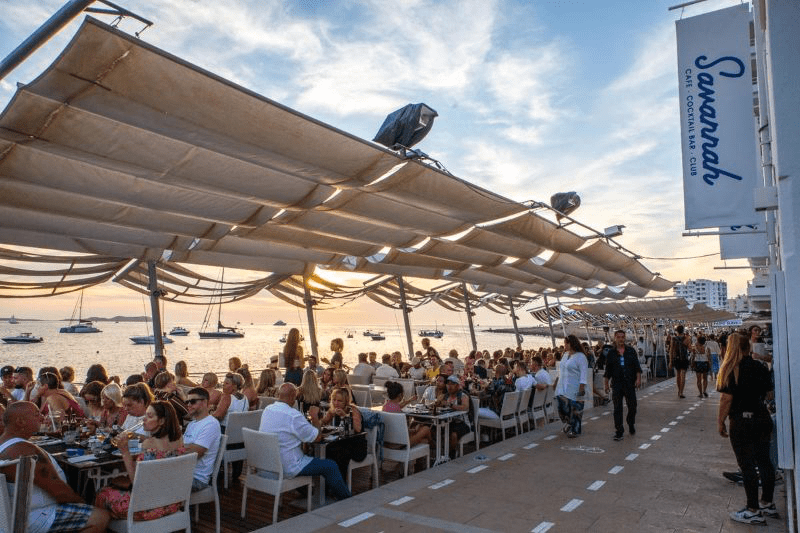 by ihouseuadmin
0 comments
Now into its 22nd year, cherished Ibiza beach club Savannah is poised for yet another memorable summer.

Boasting one of the island’s most iconic sunset terraces, the venue combines a carefree, chilled-out vibe with relaxed dining and an expansive cocktail menu. Savannah is also home to some of Ibiza’s most skilled mixologists offering up every cocktail you could imagine – alongside massively popular cocktail-making classes.

Open from midday until 3am, the tempo is considerably upped after sundown, with some of the world’s biggest DJs stopping by to soundtrack the intimate BackRoom. With it’s free entry policy, this 140-capacity hidden gem is one of the island’s best kept clubbing secrets. Renovated in 2018, formerBackRoom guests including Steve Angello, Laidback Luke, Roger Sanchez and MK.

An exciting summer schedule sees Symphonic Ibiza, the live show dedicated to giving Ibiza classics an orchestral twist, locked in for four intimate performances, while also playing host to a slew of pre-parties, including pre-Eden party SOKO on 20th June and live music from saxophonist and DJ power coupleLovely Laura and Ben Santiago in August.

From nutritious brunches and late-afternoon cocktails through to fresh dining and intimate late-night parties, Savannah truly is one of the most versatile spots on the White Isle.