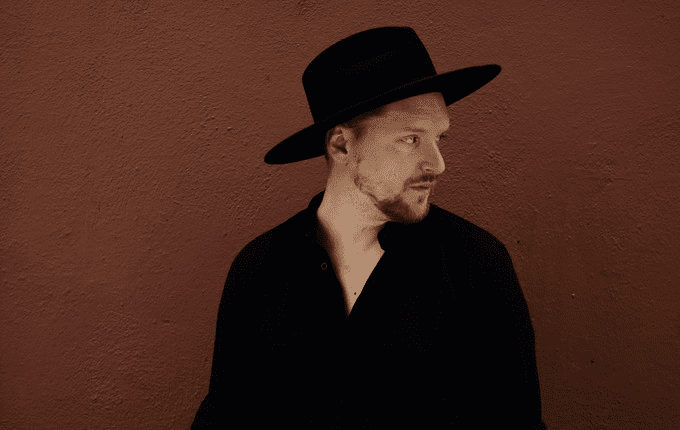 For the fourth year in a row, Metropole Orkest is officially opening the Amsterdam Dance Event with a remarkable collaboration. On Wednesday 16 October, the world’s most versatile orchestra is sharing the stage of the Rabozaal at Melkweg with songwriter/producer SOHN. SOHN’s live electronics and beautiful voice are being combined with the orchestral sound of the Metropole Orkest under the leadership of conductor Hans Ek.

The opening night with the Metropole Orkest has developed into a permanent fixture for the ADE. After previous successful collaborations with Henrik Schwarz (2016), Jameszoo (2017) and Colin Benders (2018), the orchestra has once again taken up the challenge of exploring a different genre of electronic music. In recent years there has been a growing amount of live music on the ADE programme, and the orchestra’s opening-night collaboration with SOHN fits this trend.

Artistic manager Robert Soomer:
“Almost straight after ADE 2018 we started talking with Melkweg and ADE about ideas for this year’s opening concert. SOHN was one of the names that all of us thought would be a good option. His music is written from the perspective of a songwriter. He has a very distinctive voice and uses an exciting mix of electronics and analogue instruments to accompany his lyrics. With this collaboration, the mix will of course be very different.”

The opening concert from SOHN & Metropole Orkest is taking place on Wednesday 16 October in the Rabozaal at the Melkweg. Tickets are on sale on Thursday 6 June at 10am via Ticketmaster and the ADE site. Holders of the ADE Pass can also attend the concert (limited capacity).

ADE Conference updates
Overall ADE’s daytime conferencing offer will look different this year as we adopt a more vertical, topic and theme-based style in order to help delegates navigate our program and get to the issues that matter to them. There will be a broader programming around the live industry, and the creative industry engaged with electronic music (read video, stage design, art installations and gaming). ADE Health will be looking at the true nature of talent in a series of panels and workshops featuring psychologists, personal trainers and artists.

Andy Ng, Group Senior Consultant at Tencent Music Entertainment (TME), is the latest addition to the 2019 ADE Conference speaker line-up. TME is the owner of popular music apps QQ Music, Kugou Music, Kuwo Music and WeSing. Recently announced speakers include Robert Williams of Chicago’s Warehouse fame and club pioneer Ron Trent, who will be appearing in a Creative Keynote talking about the recent shows hosted by Williams under the Music Box title and featuring Antal, Trent and Danny Krivit.

Lisa Ellis, Soundcloud’s Global Head of Music and Artist Relations, will be taking part in ADE’s conference program, discussing how she intends to draw on her vast experience to help SoundCloud take the next step in its development as a global talent hub. This year Arcadia Spectacular returns to Glastonbury to build a gigantic new installation, and company founder and creative director Pip Rush Jansen will be at ADE to tell more about the project.

ADE Sound Lab, the platform for sound, creativity and innovation returns in 2019 with familiar concepts such as MusicTalks, Studio XL, Demolition, gear spaces and much more. Welsh music producer David Wrench will be joining the ADE Sound Lab line-up as part of this year’s focus on the fine arts of production, mastering and sound engineering.

100 Years of Electronic Music Instruments
It is 100 years since the first musical instrument, known as the ætherphone – or Theremin – first emerged. The now iconic ætherphone seemed like a curio at first, but was really the beginning of a revolution. ADE will be putting this century of revolution into perspective, and reminding you of the wild, sometimes cracked, minds that have created or popularised the devices that in turn expanded our collective imaginations.

ADE TECH
ADE TECH’s first announced keynote speaker is Dr. Werner Vogels, Chief Technology Officer at Amazon. He is responsible for driving the customer-centric technology vision within one of the fastest growing companies in the world.

ADE University: What’s Next?
ADE University, the conference for young music professionals, announced that it will continue with She.Grows, a mentor program concept by global initiative shesaidso. Last year, Shesaidso.amsterdam and ADE University teamed up for a mini-mentor program available to five young female professionals, who were selected by ADE and shesaidso.ams. The first Dutch edition of She.Grows was an unqualified success for both mentors and mentees and will be back in 2019.

During What’s Next?, a new University format, young execs who are well on their way and working up the career ladder will be given the opportunity to talk honestly about how it is to be in their shoes. In a rapid-fire 20-minute session, they describe how they got their first break, what they did to build on it, what that has led to so far, what they hope to achieve in the coming 12 months and what they ultimately want from their careers.

About ADE
Amsterdam Dance Event (ADE) is the most important business platform for electronic music and world’s biggest club festival. For the five days of the event, Amsterdam becomes the centre of the global electronic music scene and a hotbed for cultural and technological innovation. The ADE takes place from 16 to 20 October 2019.

For more information about ADE and an overview of the latest announcements: www.a-d-e.nl/news

About SOHN
SOHN makes downtempo, sultry electronica that sounds a bit like the subtle beats of James Blake or the solo work of Thom Yorke from Radiohead. His debut EP ‘The Wheel’, released in 2012, was a stuttering, restrained affair with falsetto singing that chilled you to the bone. This was followed by his debut album ‘Tremors’ (2014) and then ‘Rennen’ (2017). SOHN has already given two outstanding performances to sold-out Melkweg crowds.

About the Metropole Orkest
When you think about an orchestra, you think about classical music—but that’s not what the Metropole Orkest (MO) play. What they do play is jazz, pop, soul, funk, cabaret, musicals, film scores and world music, from now and in the past. The MO has shared a stage with legends including Ella Fitzgerald, Dizzy Gillespie, Pat Metheny, Brian Eno, Herbie Hancock, Basement Jaxx and Bono, and has also played with modern talents such as Caro Emerald, Robert Glasper, Within Temptation, Woodkid, The Opposites and Gregory Porter. Together with the young British chief conductor Jules Buckley, the MO pushes the boundaries of contemporary symphonic pop and jazz.