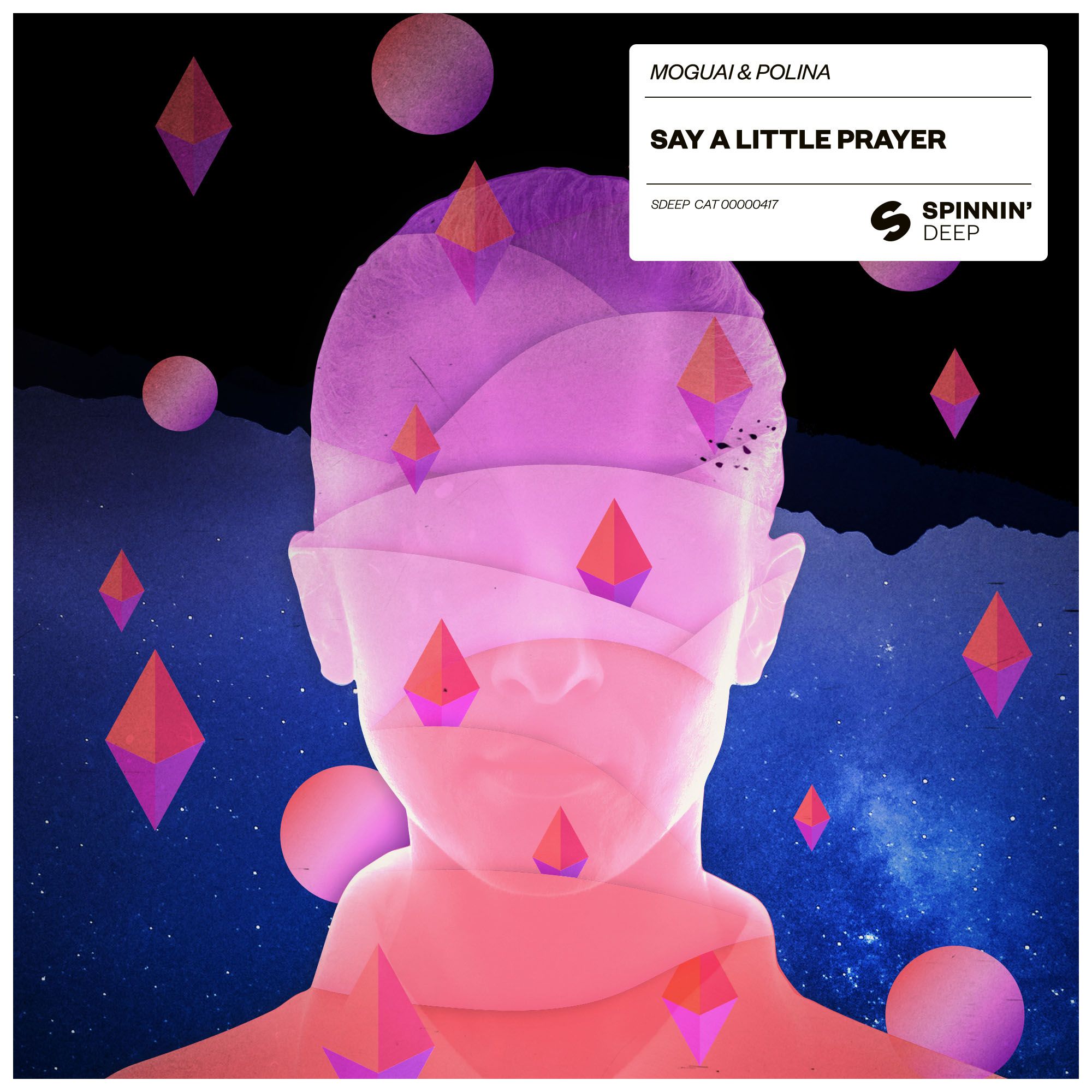 German DJ/producer MOGUAI and Russian artist Polina are bending music styles with their new single 'Say A Little Prayer', a cool crossover between club music and pop vocals, out now on Spinnin' Deep.

MOGUAI established himself as one of the internationally most renowned German DJs and producers, a true pioneer in the field of electronic music, always incorporating multiple styles in his work, yet keeping the complex simple and danceable.

If this was sport, André Tegeler alias MOGUAI, would be running long distance. Over the past two decades, steadily keeping track of his master plan, he continues to deliver trendsetting, gold and platinum award-winning productions, separating himself from others with their occasional sprint. Besides numerous collaborations he also delivered timeless productions and remixes for Moby, Afrojack, Steve Aoki, Britney Spears, Kelly Clarkson, Underworld, Fischerspooner, DIDO and Beyoncé.

Russian-born, LA based, Polina is a Grammy Award winning artist/songwriter who has penned hits such as Sean Kingston’s UK No. 1 ‘Sleep All Day, Party by Night’, Eminem’s track 'Legacy' – from the Grammy Award winning album ‘MMLP2’, alongside Rihanna and Kendrick Lamar. Her worldwide super hit 'Book Of Love' with Felix Jaehn spent four weeks at number 1 in Germany and went Gold internationally.

Her collaborations include Stargate (Rihanna, Katy Perry), Emile Haynie (Bruno Mars, Lana Del Rey), Steve Aoki, Sam Feldt, Tiësto and Kaskade and she can often be seen appearing at the world’s biggest festivals performing tracks from these partnerships. In 2015, her solo single 'Fade To Love' swept across European dance airplay charts and was Gold certified in Italy. The music video for 'Fade To Love' reached No. 1 on MTV Russia.

And now, after their 2012 collab 'Invisible', the German producer and Russian artist come together again at Spinnin' Deep to 'Say A Little Prayer'. It's a record that underlines MOGUAI's love for different music genres, this time merging club music with a catchy vocal hook, well known to everyone and the perfect weapon to get dance floors going this upcoming winter season.

"The idea was to produce a tech/deep house track which just works in my DJ sets. The result was 'PRAY'. I played it many times in my recent DJ sets and felt something was missing and that it’s made for a vocal. Polina then came up with the great idea to sing 'Say A Little Prayer' from Aretha Franklin over it. I immediately fell in love with it and her awesome new interpretation!" – MOGUAI

"'Say A Little Prayer' has always been one of my favourite Aretha Franklin songs and I've always wanted to get it down and reworked on an upbeat track. When MOGUAI heard my acapella he really understood what I was imagining and it's been so fun bringing this track to life! This is my second collaboration with MOGUAI now and I love working with him. He's genuinely one of the nicest DJ's in the industry and I'm so excited to share this release with him." – Polina