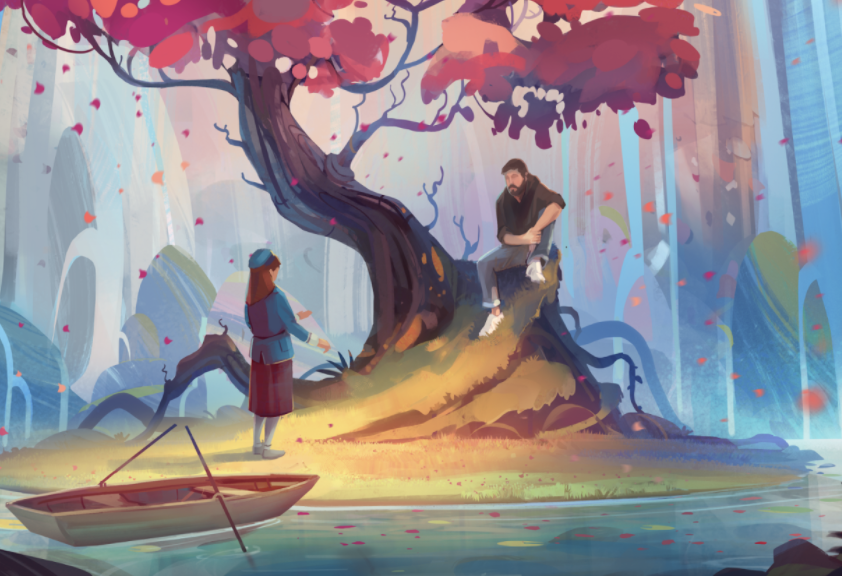 SONY Music Japan’s fresh, newly-rebranded ‘Sakura Chill Beats’ YouTube channel is back on the release circuit this month with another driving rework courtesy of renowned Canadian talent Outr3ach. Taking on remix duties, the DJ/producer reimagines esteemed Osaka-based Japanese rock band BURNOUT SYNDROMES’ ‘BLIZZARD’, the opening theme song to the new groundbreaking anime series Masahiro no Oto. The new tune immediately follows up other tracks from RetroVision, Slushii, Corsak, James Landino, and Tokyo Machine, that saw each artist take on several opening and ending themes from hit anime series such as My Hero Academia, Naruto, Boruto, and Beastars. Out now via SONY Music Japan, Outr3ach’s remix of BURNOUT SYNDROMES’ ‘BLIZZARD’ is available to listen to across all streaming platforms.

The newly-reworked track immediately begins with a commanding vocal that is quickly accompanied by larger-than-life production elements. Sonically entrancing, it lures the listener in with each passing second before a hefty series of bass drops are introduced into the sonic space. Outr3ach audibly pivots stylistically from the original tune’s J-rock sensibilities, instead opting for a hard-hitting tone that is replete with all the quintessential hallmarks of a groundbreaking bass-laden masterpiece. In all, the flowing, melodious vocal, courtesy of Kazuumi Kumagai, serves as a prime juxtaposition to the remix’s propulsively driving ambiance. It also effortlessly brings to life the true essence of the Masahiro no Oto anime, which follows the story of Setsu Sawamura, a young shamisen-playing high school dropout who moves to Tokyo after his grandfather’s passing.

For those looking for even more ‘Sakura Chill Beats’ content, make sure to check out the official Spotify playlist takeover each week featuring both the remixer and original artists’ exclusive song selections.

ABOUT OUTR3ACH — Outr3ach is DJ/producer hailing from Vancouver, Canada who has been releasing his own unique take on the genre of electronic dance music since 2017. Over the course of the last four years, he has garnered over 55k monthly listeners via Spotify, with ‘Worth It’, his debut follow-up to ‘Need Your Body Now’, serving as a pivotal career point. The track, co-produced with J-Marin and featuring Kaitlin Grace, would eventually go on to impressively hit over 5 million streams via Spotify and over 10 million views on YouTube, eventually reaching #12 via the German Viral Charts. His remix of ‘BLIZZARD’ directly follows up ‘Torches‘, his collaborative release with J-Marin featuring Will Champlin from October of last year.

“I grew up watching anime and I’ve always been fascinated with Japanese culture and traditions. So it was an honor getting the chance to remix a band like Burnout Syndromes and to work on an anime like Moshiro no oto. I was a huge fan of their work on the Haikyuu Opening theme, so I was really excited to take on this challenge. I don’t usually work on remixes as I tend to do originals most of the time, but this was such an incredible opportunity to challenge myself and work with such an amazing top line and production. I hope that the band and I can work on more releases in the future!”  – Outr3ach

ABOUT BURNOUT SYNDROMES — BURNOUT SYNDROMES is a three-piece Japanese rock band from Osaka, Japan, consisting of members Kazuumi Kumagai, Taiyu Ishikawa, and Takuya Hirose. Since debuting in 2006, they’ve gone on to perform at TOKYO FM ‘SCHOOL OF LOCK!’, in which they were the runner-up, and have also released ‘FLY HIGH!!’, their first track with a major record label via EPIC Records. Their music has also been featured via other anime series such as Haikyu!!, Gintama, and Dr. Stone. At the forefront of the digital world and technology, the innovative group also produced Vtuber ‘HXEROS SYNDROMES’ last year. 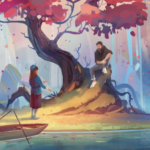