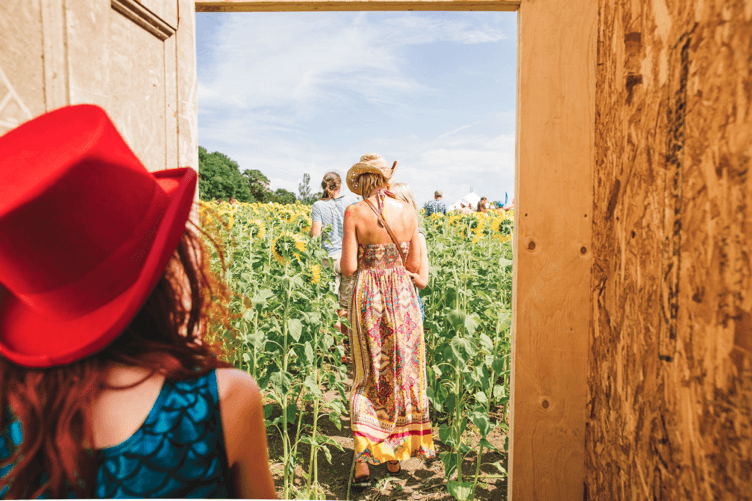 With its theme of ‘Goodbye Yellow Brick Road’ revellers enjoyed a hot and sunny weekend with a range of music including Public Enemy, Fat Freddy’s Drop, Little Dragon, Foxes and Martha Reeves and the Vandellas and secret dj sets from the likes of Chase & Status and Nero.

The Saturday Spectacular, which included water holograms, a huge firework display and flames of fire, also featured new technology never before used in the UK. The ‘Falling Stars’ section had 5,000 papers helicopters, each carrying flashing red and blue flashing LED, dropped from c.350ft by a single paramotor pilot spinning gently to the ground, some had free tickts for Secret Garden Party 2015. Other spectaculars included the ‘Make A Rainbow’ paint gathering, a Spitfire flypast and this specially grown sunflower field accessed via an ‘out of order’ portaloo.