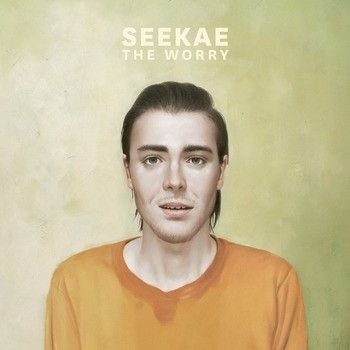 If it was any other band, recording an album of dark-themed love songs may not seem out of the ordinary. However, for Seekae – who release their third album ‘The Worry’ on 15th September through Future Classic – it marks a major musical event.

The release follows the success of two critically acclaimed albums since 2007, a relentless touring schedule, including performances at a sold out Sydney Opera House and Splendour In The Grass, and picking up a string of coveted award nominations at the Australia Independent Music Awards and Sydney’s Music Arts and Culture Awards. ‘The Worry’ was written between London and Sydney, over an intensive two-year period and sets Seekae out as a band refusing to play it safe.

2014 is already proving to be a big year for Seekae – they’ve performed at SXSW for the first time, wowed audiences at countless sold-out UK/EU shows plus and sold-out their super-deluxe vinyl re-release of ‘+Dome’ and ‘The Sound of Trees Falling on People’.

The new record, mixed by David Wrench (Caribou, Bat For Lashes) sees percussionist Alex Cameron step up to vocal duties for the first time, exploring themes of nihilism, revenge and – occasionally – the redemptive power of love.

‘Back Out’ introduces the new LP with a mix of synthesizers and drum clicks emerging from muddled vocal samples and white noise before lead single ‘Another’ proudly announces the bands sonic shift. Cameron’s smooth vocals own a haunting melody punctuated by forceful drum claps, a rolling bass-line and ethereal pads before the staccato synth stabs of ‘Hands’.

Bitter confessional ‘Test and Recognise’ is underpinned by up-tempo 90s industrial beats generated by a vintage drum machine emulator and comes accompanied with one the most eerily cool videos in recent memory. ‘Boys’ hints at a softer side to Seekae and demonstrates their endless influences and skill as musicians. Title track ‘The Worry’ is an aggressive revenge anthem that resolves into a dance floor masterpiece.

The introduction of horns and a wistful flute on ‘Further’, teamed with a hopeful vocal, offers a moment of calm in the middle of the album before the swirling, distorted synths and aggressively pounding drums of ‘Oxen Calm’.

Unusual audio samples found in the most unlikely places return on ‘Monster’, which features sounds extracted from discarded VHS tapes the band picked up off the street near their Sydney studio. A haunting melody warns that “there’s something coming, something soon” as horns and rising bass envelop the band’s fading harmonies.

‘The Worry’ is a not simply a departure from their previous work, but a stunning combination of all they have developed, experienced and achieved in their still young years.