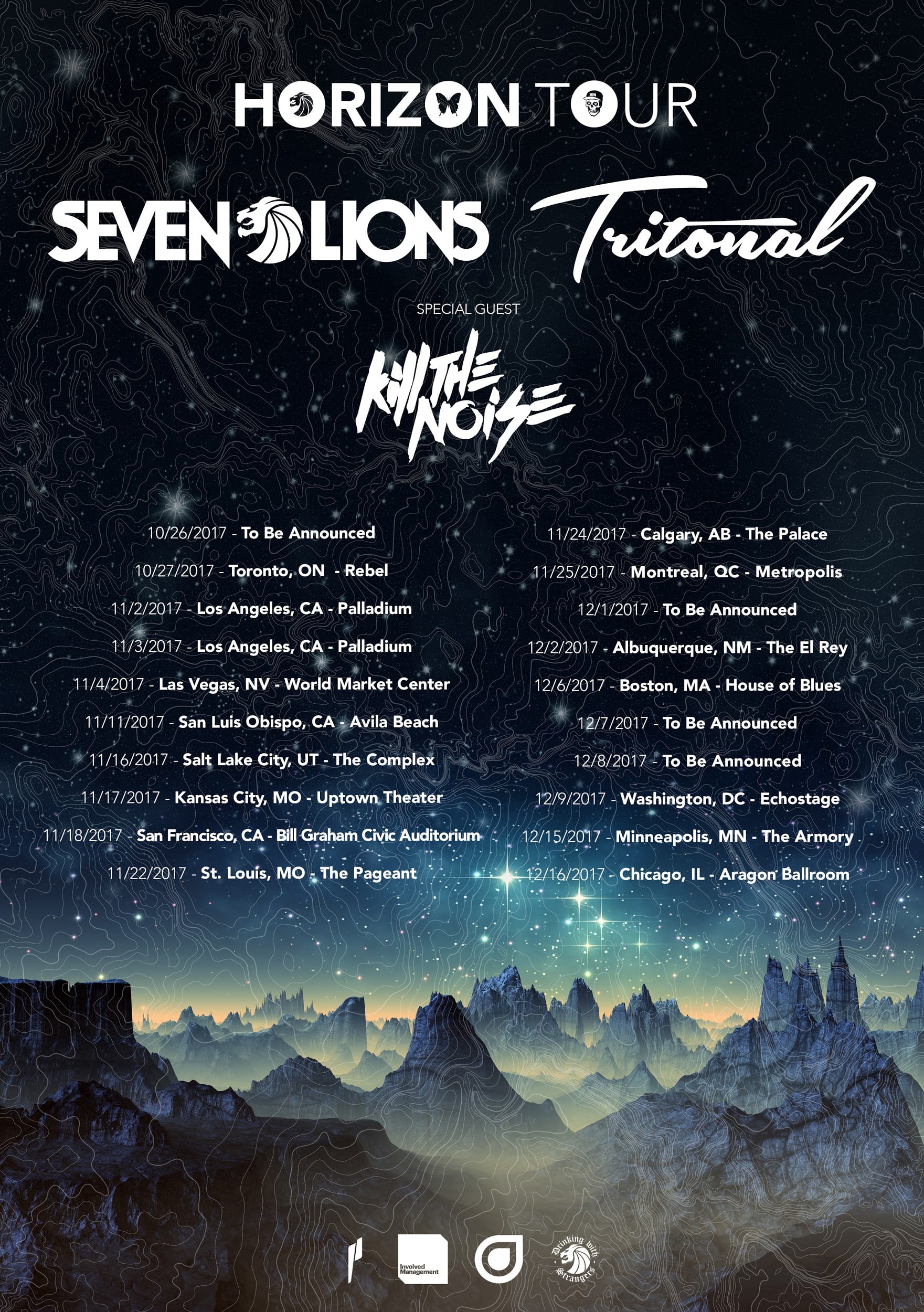 This fall, three of electronic music’s most beloved acts are coming together for one of the biggest tour lineups of the year – Seven Lions, Tritonal, and Kill The Noise will join forces for the ‘Horizon’ North American tour.

Traversing the continent, the 20-date tour kicks off late in October with stops in major cities including Los Angeles, San Francisco, Toronto, Las Vegas, Chicago, and many more.

Tickets for the ‘Horizon’ tour go on sale Friday August, 18th at 10AM local time onwww.horizontour.org

On the heels of his acclaimed Where I Won’t Be Found EP, Santa Barbara-grown producer Seven Lions has been a seminal force in the dance music scene for over half a decade. A rare producer that carries with him a clear signature sound, his music has appeared everywhere, from OWSLA, to Anjunabeats, to Republic, to Seeking Blue. Coming off of one of the biggest crowds at EDC Las Vegas this year, a Tomorrowland set, and going into an already sold-out Red Rocks gig with Above & Beyond, the Horizon tour could not come at a better time for Seven Lions fans.

Tritonal, made up of Chad Cisneros and David Reed, are among the top 400 most consumed artists on Spotify globally, with over six Billboard Dance Airplay top ten singles to their name, there is no sign of this dynamic duo slowing down anytime soon. Having played at festivals such as Lollapalooza, Electric Zoo, Electric Daisy Carnival and last year embarking across North America on their Untouchable and Painting with Dreams tours, they are primed to take on the continent once more alongside Seven Lions and Kill The Noise.

Kill The Noise, a veteran and pioneer of the American dubstep scene, makes for a dynamic addition to the night. The producer is sure to be in fine form for the tour, as he is currently in the midst of his own headlining Killuminati run. Kill The Noise also just announced the return of his fan favorite collaborative project, Kill the Zo, with fellow producer Mat Zo.