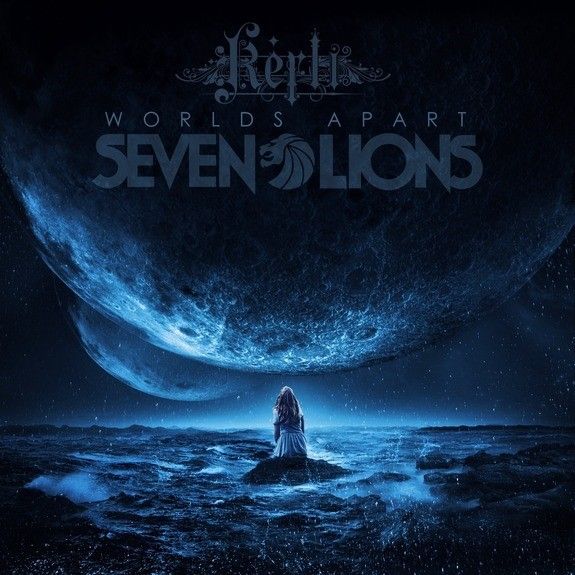 After seeing much success with her long awaited album release ‘Utopia’ just last year, Estonian trendsetter – Kerli – has once again delivered with impeccable impact. This time around she has collaborated with production wizard Seven Lions to release the stunning ‘Worlds Apart’ out now on Ultra Music. The track is featured as part of the California based DJ’s latest EP, which also includes collaborations with Ellie Goulding and Swedish singer Tove Lo. Listen to the track here:

A uniquely constructed production, the single blends trance-like synths, riveting percussions and tranquilizing breakdowns, all beautifully crafted together alongside the atmospheric vocal soundscape from the singer/songwriter. Kerli’s uplifting vocals ride out the subtle and plucking bass line waves, before they break into a spine-chilling euphoric drop, truly defining the meaning of blending genres into one stunningly crafted masterpiece.

Aside from her prominence in the music world, Kerli is nothing short of impressive in the fashion sphere, having even invented her own trend-setting style called ‘Bubblegoth’. Her visually rich music videos and eccentric and inventive costumes have only aided her popularity, bringing her to the forefront of leading publications such as Billboard, Perez Hilton and US Weekly. Her blog Kerli – Buzznet now nets over one million views a month, while she upkeeps a fervent Facebook fan page with over 600,000 followers known as ‘moon children’. Her avant-garde styling choices have even led her to lending one of her signature looks to the one and only ‘Queen B’ aka Beyoncé, for her “Mrs. Carter Show” tour book.

As part of the release, Kerli and Seven Lions are teaming up to offer a select number of fans the chance to join them for a Google Hangout. Follow each artist on Facebook to get full details coming soon!