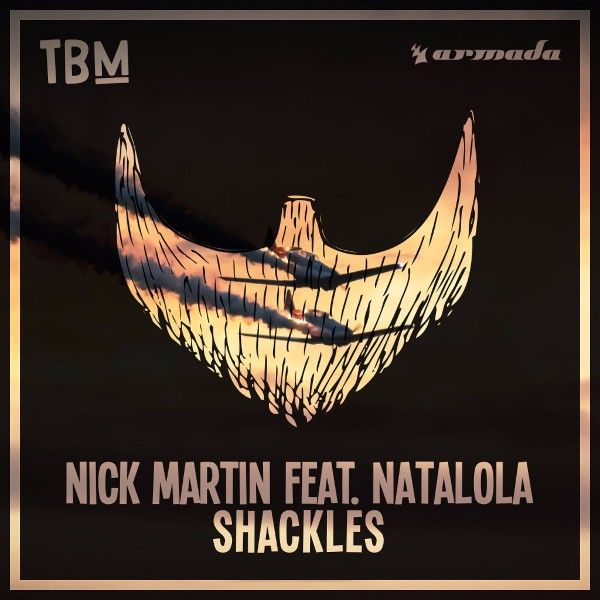 Nick Martin 2017 – “I’m very proud of “Shackles”. Every step of the creation of this record has been magical for me as a producer. I’m grateful to be part of the Armada family and excited to share this song with the world.”

Maykel Piron, CEO of Armada Music – “’Shackles’ is the kind of record that can really get the whole scene buzzing. We strongly believe this track to make a difference in today’s electronic music landscape and are thrilled to find out how big its impact is going to be.”

Nick Martin has been soundtracking your club experiences for two decades. Having DJed along superstars including David Guetta, Alesso, Avicii, Axwell ^ Ingrosso and Hardwell, the Greek music-maker has spun his high-octane brand of beats in the finest clubs across the globe. Emerging on the scene as a turntablist, Nick spent the early days of his career DJing on vinyl, lugging crates of white label promos before finally making the switch to USBs in 2011. Shortly after, Nick began producing music and released his first original work in 2013. In 2014, he got his first international DJ gig at Marquee Las Vegas, while in 2015, he released his first international hit “Red Lion” via Sander van Doorn’s acclaimed Doorn Records. Most recently, Martin teamed up with Australian producer Tigerlily on “Skyline” which has received support from artists such as Dimitri Vegas & Like Mike, Benny Benassi and Galantis.

2017 is the year Nick Martin takes it up in gear. In addition to his recent signing with Armada Music – home to Armin van Buuren and many more of the world’s elite dance music talent – Nick is supporting multiple Grammy-nominated superstar dance act The Chainsmokers on their European winter tour.

The Bearded Man imprint on Armada Music represents a brand-new direction for the line-up. This label is for music that’s completely “outside the box”, and the word “genre” doesn’t mean anything here. Any tracks that are world-class will find a home on this sub label, from Electronic Pop to Deep House, Chill Out to Electronic, you name it. Only when he reaches the Billboard #1 spot, will the Bearded Man finally shave his beard…
This imprint is your one-stop shop for finding tomorrow’s favorites, and there are absolutely no rules here.