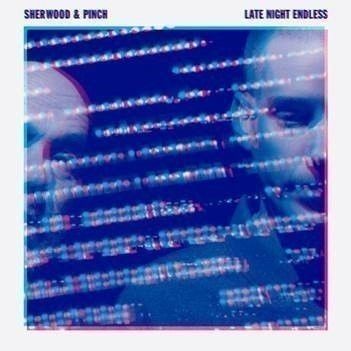 Late Night Endless is the first album by Sherwood & Pinch and the culmination of two years in the studio developing, re-dubbing and deconstructing tracks. It finds the highest common factor between the two’s techniques, making it impossible to see where one musical personality ends and the other starts. It touches on the urban swing of UK garage on ‘Music Killer (Dub)’ and ‘Gimme Some More (Tight Like That)’, on interstellar nineties ambient dub on ‘Wild Birds Sing’, on the mystical minimalism of Pinch’s first releases on ‘Africa 138’.

The connection was already there. Adrian Sherwood built up a vast catalogue of music through the 1980s as producer to the sprawling dub-industrial-electro collective that was On-U Sound, which emerged from a fertile post-punk scene that was embracing Jamaican rhythms.  In his capacity as a DJ and live sound engineer/dub controller, he connected with the likes of The Clash, The Slits, Public Image Limited and The Pop Group.

The early releases on On-U Sound fused these influences into unique sonic shapes – resulting in truly radical records from the likes of Dub Syndicate, Tackhead, New Age Steppers and more. They still sound fresh today, and are a firmly acknowledged influence on figures like Kode9, Andrew Weatherall, Carl Craig, Mala, Shackleton and – most relevantly – a young boy called Rob Ellis AKA Pinch.

So when Rob crossed the Severn Bridge and moved to Bristol in his late teens, he was all primed to dive into the scene there. The Subloaded and Dubloaded clubs he co-founded embodied the nascent dubstep scene’s raw bodily impact, but as Pinch he became revered as one of the deepest producers in the game, as well as one of the most exploratory and one of the earliest dubstep stalwarts to expand outwards into techno and other sounds to keep his work and his Tectonic label fresh as dubstep itself went mainstream.

It was inevitable that, as Rob’s career kept its steady build, that the two’s paths would cross – but actually Rob gave the hand of fate a nudge by booking Adrian to play at a Tectonic takeover at Fabric in London. Adrian recalls “I remember thinking quite clearly how impressed I was with him. I thought as he invited me here, I should invite him down to my studio…”

2 limited edition 12” EPs – Bring Me Weed and Music Killer – followed, but it was being asked to deliver a live show for Sónar Tokyo in April 2013 that really put a rocket under the project. “We decided to have a whole studio on stage” says Adrian, “so that the mix truly is delivered live in a totally unique way that can never quite be done the same again. The result was triumphant, with even master of noise abuse Alec Empire [Atari Teenage Riot] watching agog from the side of the stage and broadcasting to the world what a revelation it had been.