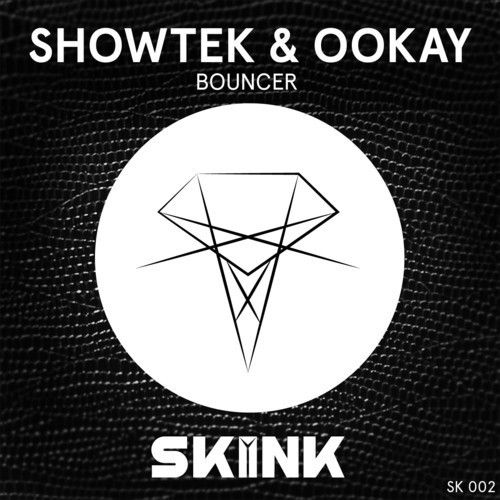 Iconic producer duo Showtek have joined forces with hotly-tipped US star Ookay to present killer new single ‘Bouncer’, released today via Beatport. Following up the unprecedented success of anthemic club track ‘We Like To Party, ‘Bouncer’ works a similar, playful formula to stunning effect, showcasing a sound that Showtek have made entirely their own since Skink’s inception in 2013.

Building with idillic, glistening synth lines and bubbly, fluid bass, it soon explodes into life with a trademark rip-roaring, razor sharp bassline that cuts through the sonic-rich intro with unerring precision. Perfectly engineered for the dance floor, it exudes all the jump-up euphoria Showtek have become renowned for and, with Ookay’s trap-leaning influence coming to the fore too, should prove another major hit in the clubs.

To coincide with the release, the duo have also premiered the exclusive, fan-generated official video for ‘Bouncer’. Following a week long competition that saw fans showcase their ultimate ‘Bouncer Moments’ in the hope of winning a coveted slot, the best entries were selected to feature in the official video. Keen to put their fans right at the very centre of their music, it represents a bold and engaging move for a duo set to dominate 2014 and serves as a fun and innovative addition to the single.

Showtek continued to build on their growing reputation throughout 2013 and with a flurry of new music forecast for 2014, all is set for the duo to cement themselves as one of the world’s hottest dance acts.