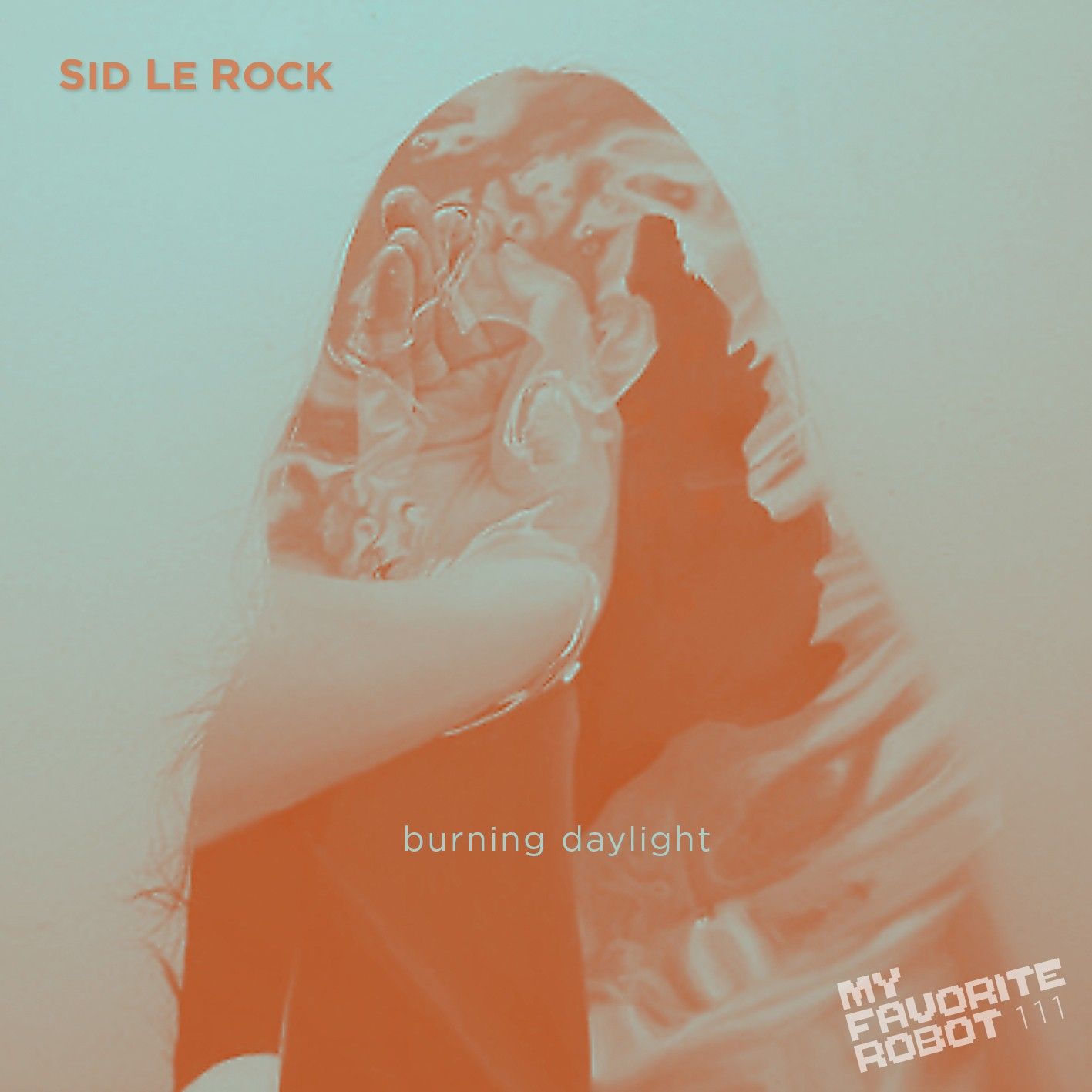 Sid Le Rock has been a key part of the My Favorite Robot label for a while now, and following on from his fine album ‘Busted With a Bag of Bliss’ and some great remixes of it, comes this new EP. Featuring three new tracks plus various mixes it’s another standout package from both label and artist.

Canadian Sid has now released more than 6 LPs and 50 singles and is a remixer in high demand from the likes of Fairmont and Placebo as well as being someone who has collaborated with the likes of DJ Koze and Ada. His sound is an always expressive, arty and musically adept one that works wonderfully on and off the dancefloor.

The serene and supreme ‘Burning Daylight’ opens the EP with shimmering synths, dreamy whispered vocals and some beautiful vintage sounding pixelated melodies. A shorter radio edit and stripped back dub mix of the same track are also included.

‘Fade to Black’ is a more stormy and tumultuous affair with sombre chord progressions lain over deep drums as twinkling disco melodies and glowing lines shoot about like stars in a night sky.  It’s a very real world Sid creates and is one that you feel right at the centre of.

Next up is ‘Butterflies’, which is a non standard arrangement of swelling synth lines, skittish claps and dark basslines. As if coming from outer space, this journeying, ambitious track really takes you on a journey through Sid’s musical mind and, importantly, never strays from a compelling groove. A stripped down version, radio edit and even more blissed out dub version also come along side the fantastic original track.

Sid Le Rock is a veritable synth and studio genius who creates dance music that is much more meaningful than most, as this latest EP proves in spades.