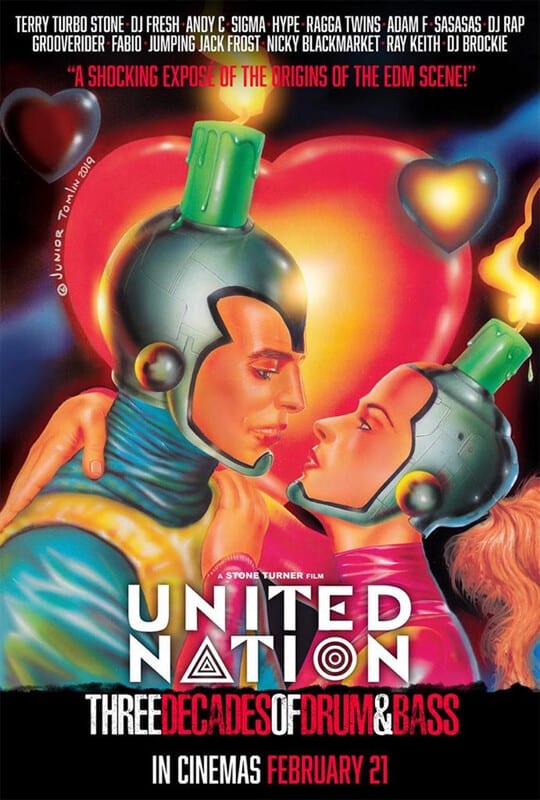 by ihouseuadmin
0 comments
Directed and produced by dance promoter One Nation’s founder Terry ‘Turbo’ Stone and Richard Turner, ‘United Nation: Three Decades of Drum & Bass’ captures the sharp rise of the dance music genre, from illegal raves to taking over the charts. It highlights not only the music but the cultural impact it had on society.

With exclusive video content, interviews with drum & bass producers, DJs and MCs that have truly pioneered this sound, ‘United Nation: Three Decades of Drum & Bass’, is entertainingly gritty in uncovering how the dance music genre exploded from the sweaty dance floors and on to becoming one of the most popular genres of electronic dance music, spawning international derivatives and subgenres.

Drum & Bass originally came from the London-centric rave scene as an underground movement that rapidly spread across the UK, and then throughout the world. The scene had serious issues with violence and, a sometimes uneasy, drugs culture that plagued its early growth.  In 1994, the government passed a law banning large events featuring music “characterised by the emission of a succession of repetitive beats”. Raves were officially illegal – but it didn’t stop them happening. The ‘scene’ and its many style permutations have survived and thrived, and heavily influenced Grime music and the modern EDM arena.

The transition from poorly organised, often unsafe raves to the well-run clubs of today is partly down to the efforts of one man: Terry ‘Turbo’ Stone. Terry went against the grain, taking great pains to ensure the safety of clubbers and meticulously planning his events. After founding the legendary One Nation raves at just 22 years of age, he later went on to run numerous other equally successful events across a range of genres.

The VIP World Premiere of ‘United Nation: Three Decades of Drum & Bass’ will be held on Saturday 15th Feb at The Troxy. It will be followed by a legendary old skool Drum & Bass, Jungle night promoted by the creator & wward-winning promoter of One Nation, Terry Turbo who is coming out of retirement for this special night. For tickets please visit – Dice FM here. 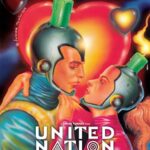