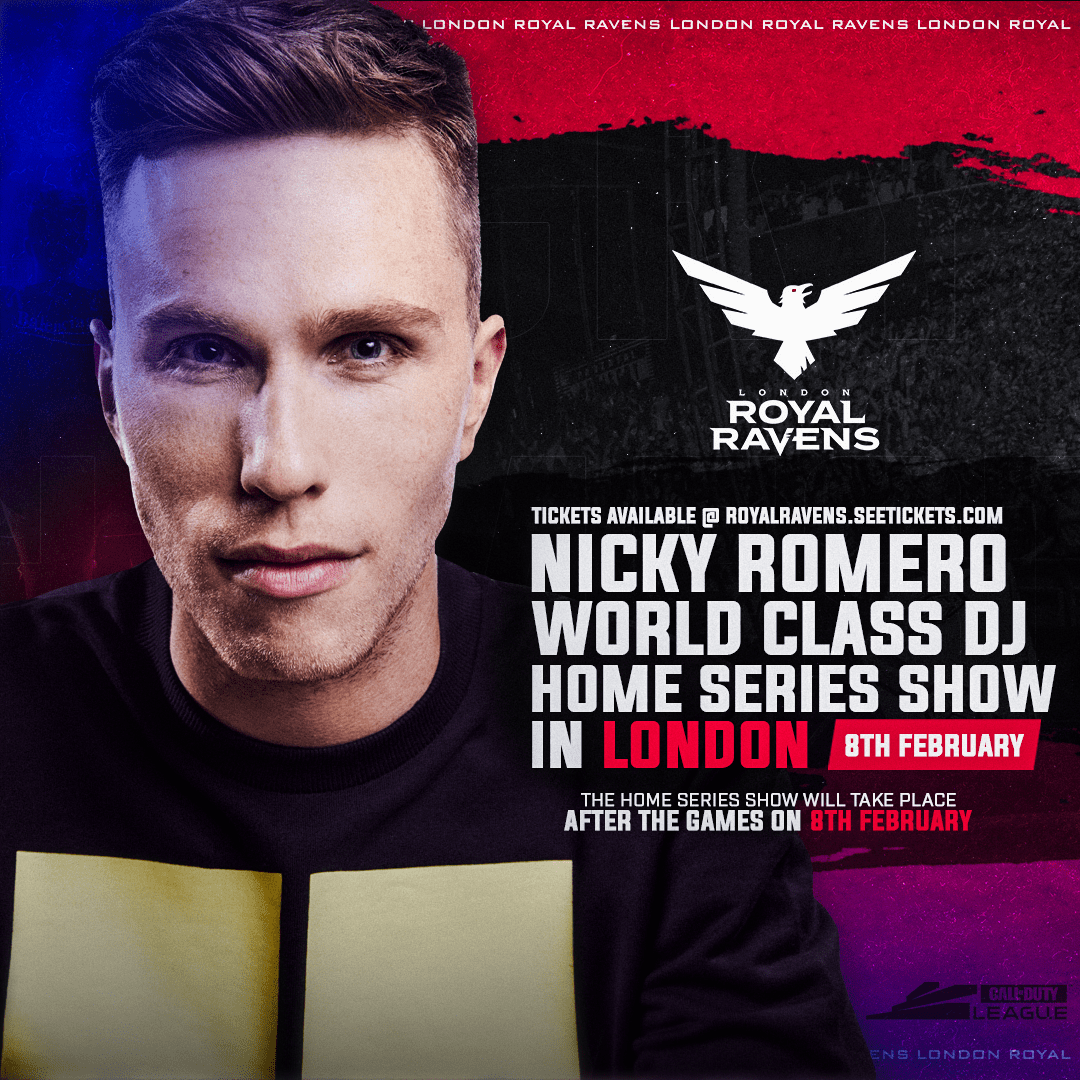 Esports organization ReKTGlobal announces that Nicky Romero will headline the London Royal Ravens Home Series, the United Kingdom‘s kickoff event for the inaugural season of the Call of Duty League on Feb. 8-9, 2020.

One of the most influential modern electronic music artists and media moguls of our time, Romero will headline the London Royal Ravens Home Series, which marks the first hometown tournament for the team in Call of Duty League‘s inaugural season. In addition to an unforgettable concert experience on Feb. 8, Call of Duty superfans will have the opportunity to connect with Romero at a VIP meet-and-greet and watch him as he takes on soon-to-be-announced celeb opponents during one of the highly anticipated Hype Battles that allow the world’s biggest stars to showcase their Call of Duty skills on the main stage at league events. For more details on the event, and to purchase tickets, head here.

“We’re excited to bring an incredible and historic weekend filled with unforgettable performances and festivities to Call of Duty‘s most loyal fans and the community as a whole,” commented London Royal Ravens Managing Director Michael’ ODEE’ O’Dell, who also serves as Chief Gaming Officer for parent company ReKTGobal. “As headliner, Nicky Romero brings incredible energy to the stage. He has strong ties to the UK and the esports community as an avid Call of Duty player and an investor committed to helping bring esports to its fullest potential. Between the action-packed tournament gameplay with Romero at the analyst desk on Sunday, and the Hype Battle and his exclusive concert on Saturday evening, fans are in for a real treat at this can’t-miss event.”

After taking the world by storm with early hits such as “Legacy” (with Krewella) and #1 single “I Could Be The One” (with Avicii), Nicky Romero quickly proved that his talent is ever-evolving and here to stay. After launching his Protocol Recordings imprint in 2012, the renowned performer, producer and label head continued his personal successes with a string of high-profile releases, ranging from collabs with Mike Williams & Amba Shepherd, Dimitri Vegas & Like Mike, W&W, DallasK & XYLØ and Steve Aoki & Kiiara to remixes for the likes of Kygo, Rita Ora, David Guetta, Steve Aoki, Martin Garrix, Jess Glynne and more. All the while showcasing his label’s roster via his weekly Protocol Radio show, Nicky Romero continues to touch down across the globe for his incredible live performances, including residencies at Las Vegas‘ Hakkasan and Omnia and forthcoming shows at ageHa in Tokio, Echostage in Washington DC, Du Arena in Abu Dhabi and more.

“For years, I’ve used gaming to unwind after long nights in the studio and as a way to stay connected with friends when I’m on the road performing,” remarked Nicky Romero. “Whether it’s during a show or on social media, I love engaging with my fans. I am honored to be a part of the Royal Ravens first Home Series event and look forward to a weekend filled with all things Call of Duty.”

The London Royal Ravens event will kick off a tournament-style format that is familiar to the legacy of Call of Duty esports and former Call of Duty World League format, which featured pool play followed by a playoff bracket. Coupled with a new points system, the updated format will deliver an impactful, competitive experience for all. In addition to the hometown London Royal Ravens team, the Home Series weekend will feature the Chicago Huntsmen, Dallas Empire, Los Angeles Guerrillas, New York Subliners, Paris Legion, Seattle Surge and Toronto Ultra. To cheer on the London Royal Ravens as they compete to reign over the weekend bracket and add to their individual season point total on the road to the championship, visit here. 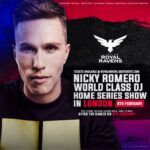