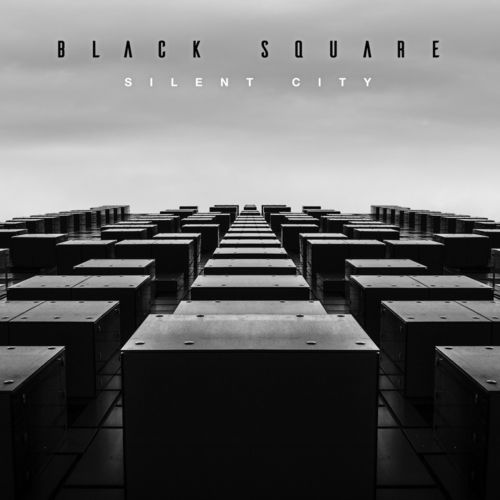 Eschewing boundaries of genre, Silent City takes musical cues from a huge variety of influences, and moves through an assortment of tones and tempos over the course of 14 tracks.

The key strength of the album lies in the masterful blending of the harsh and the soft, the strong and the delicate, layering real, organic instruments like piano or strings over dark synthetic beats and tones, whist consistently maintaining a warm, lush aesthetic.

Even though the album is undoubtedly an electronic one, Black Square deliberately incorporated a more conventional song writing structure in many of the tracks. Many of the groups and artists from whom he draws inspiration – Massive Attack, Lamb and Portishead amongst many others – could be considered songwriters who happen to operate in an electronic world rather than being a dance act.

Opener and lead single ‘Archive’ featuring the foreboding vocals of Sarah Hezen sets an early ominous tone, with portentous chimes and metallic scratches soon joined by a weighty broken beat and soaring, affecting strings. Halfway between Massive Attack in their rowdier moments and The Prodigy in their calmer, ‘Archive’ comes with a mind-bending video from Ben Hartley-Marjoram and is an appositely ambitious statement of intent.

From the tougher end of Silent City’s expansive spectrum, ‘Fundamental’ treads a shadowy path though sinewy bass and scything percussion alongside vocals from Pendulum MC Ben Verse, while ‘N.2.Gether’ – arguably the album’s darkest moment – is earthy, dubby and intoxicating.

Even as the tempos increase and the beats get heavier, the piano remains a near omnipresent element, tempering the mechanised brutality of a track like ‘Hi Cutie’ and adding an unmistakably human touch to an otherwise visceral experience. ‘Rise’ provides another highlight as the portentous tones of the verses soar into the stirring chorus. The album comes to a close with the cathartic ‘Dream Resolution’, undoubtedly the most uplifting moment and a fittingly spectacular finale.

The influences in Silent City are wide ranging, but what’s impressive is Black Square’s ability to create something entirely original from the myriad of musical tropes that have informed the project. From the heavy Reece bassline of ‘Trains’ through to  the Burial-esque static and faltering rhythm present in ‘Vinyl Sounds Like Rain’ to the glitchy harmonics of ‘Testimony’ reminiscent of Max Cooper, Silent City absorbs, innovates and unequivocally delivers.

Silent City is out digitally 15 July 2016 on Crunch Recordings. The first single ‘Archive’ is available now as an instant-grat when you pre-order the album from iTunes: http://smarturl.it/Silent-City-iTunes

A vinyl sampler will be released 01 July.