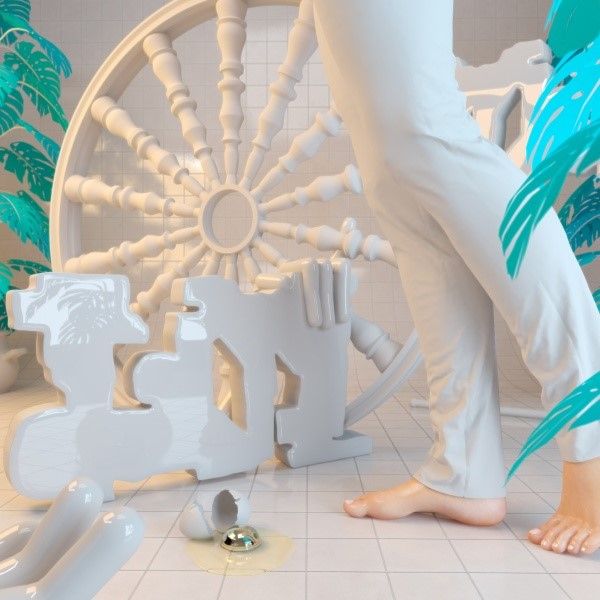 Jacques Renault delivers two rare and fiery original tracks for his second release on esteemed US label Public Release, complete with remixes from Velvet Season & The Hearts Of Gold plus a Force Of Nature remix.

‘Silver Machines’ is Public Release’s eighth pressing and Renault’s second of 2015. The double single comes packaged in a deluxe jacket designed by highly acclaimed visual artist Takeshi Murata (recently featured in the New York Times). It blasts off with the schizophrenic, brain-melting groove of ‘Silver Machines’ that zips through its five minute runtime thanks to the fantastic union of precise, frenetic drums and a rolling funk bass riff. The flip finds Velvet Season & the Hearts of Gold (Gerry Rooney of Black Cock and Joel Martin of Quiet Village) slipping the original a tab of acid and getting weird.

On disc two, ‘Fromage à Trois’ is rooted in industrial percussion that sits below an elastic hook, giving the cold drums a human warmth. Japanese dons of disco Force of Nature take a swing and wrap the package on a high note. Their mix pulls the motorik drums back, to make way for a hypnotic loop that evokes thoughts of OSTs from 80s teen flicks, the sort of stuff Tangerine Dream excelled at for a good while. The song fades out and Mr. Renault’s auspicious return to Public Release ends as abruptly as it began. Let’s hope chapter three takes less than five years to be written.

Jacques Renault has been riding the waves of underground credibility for the past few years, initially renowned for being the master of the edit and releasing music on internationally acclaimed labels DFA, Permanent Vacation, RVNG, and Rekids, he has since become a producer in his own right, using samples as more of an adornment or starting point than a centerpiece.

Tim Sweeney kicked off the Public Release release schedule back in 2009. They have since focused on quality rather than quantity with only eight releases in six years including recent contributions from Woolfy and Mike Simonetti.