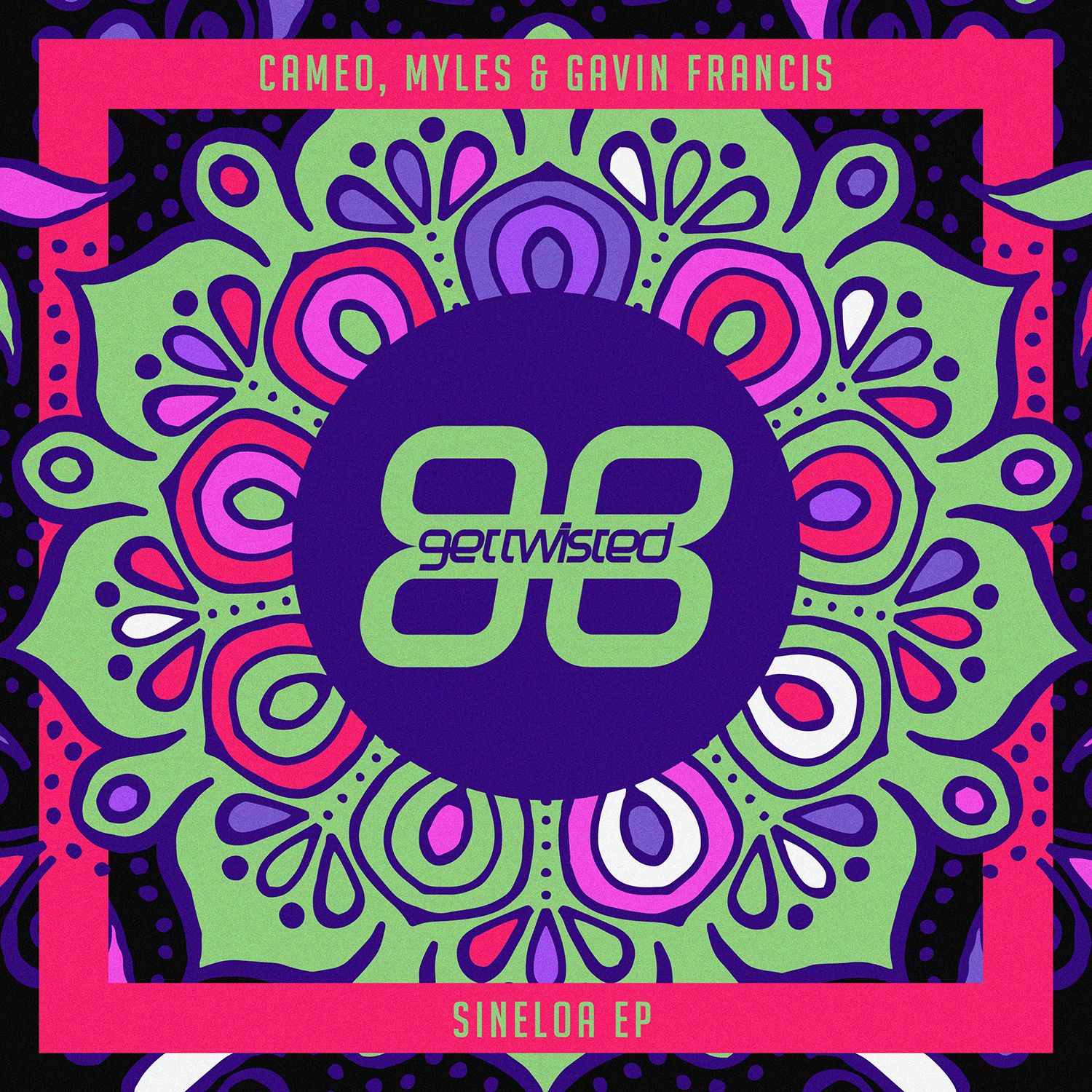 One of the key figures of the UK underground scene, DJ Cameo joins forces with acclaimed tech house and garage producers Myles and Gavin Francis for the unforgettable Sineloa EP, released on Get Twisted Records on 18 August.

The Sineloa EP showcases the genres that Cameo helped to pioneer – grime garage funky and bassline. Title track ’Sineloa’ is a deep and twisted, bass heavy cut with a drop that is guaranteed to get the dance-floor moving, alongside the hypnotic, tribal chanting vocals.

The highly original ‘In The Cut’ is an exciting mash up track with a driving baseline featuring an array of vocals, interspersed with electric guitars, horns, and even radio ‘clips' that keeps on building and is certain to become another peak-time favourite.

Cameo started as an apprentice at London's infamous Uptown Records before going on to host one of the longest running shows on BBC radio. The UKG show on BBC 1Xtra ran for over a decade and helped to bring through a variety of artists from Krept & Konan, Wretch 32, Giggs, Tempa T, Skepta, Tinie Tempa, and Scrufizzer to Crazy Cousinz, T2, Champion, Low Steppa, Tom Zanetti, Tough Love, DJ S.K.T Ryan Blyth, James Hype and many more.

After a long period as a broadcaster, Cameo’s focus is now on producing and playing house music. He recently collaborated with Myles on ‘Town House’ for Get Twisted Records as part of the label’s acclaimed Lets Get Twisted compilation series. The pair also partnered together this year on ‘Request Line’ (In The Loop) and also with Gavin Francis on 2015’s ‘Sentilo’ (Toolroom/Love & Other) and 2016’s ‘What I Need’ (SIC). Cameo has also released on Defected with Junction 13 (‘Morning Rain’ ft. Manny) and on Simma Black for ‘In Deep’ which was another collaboration with Myles.

Throughout the years, Myles crafted his love for music into a musical art in itself.

Embracing influences by classic house, techno, early UK garage and deep house, Myles takes all these elements and intelligently makes them his own. His aim? To compose music with depth, heart and originality. Now as the owner of Release The Groove Records, he will be doing his own events in London, Ibiza, Portugal, Amsterdam and Belgium.

Gavin Francis has released on labels from the likes of Simma Black, Toolroom/Love and Other, Sleepin is Cheatin', and 3Beat. His tracks have entered the Traxsource, Shazam UK Dance and Beatport charts, been supported by Mark Knight, Groove Armada, Danny Howard, Blonde and SKREAM amongst others, and have been played on BBC Radio 1, KISSFM and FG.