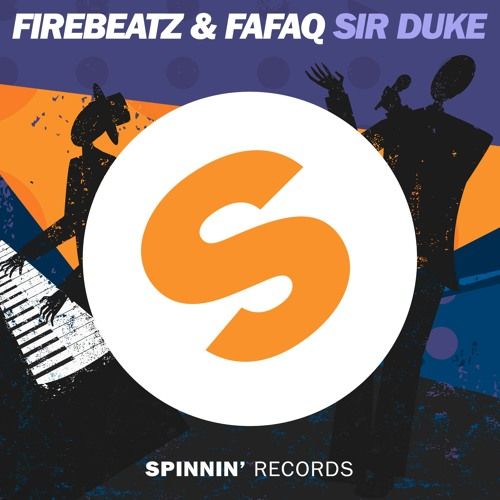 Introducing Sir Duke; a collaboration between Firebeatz and Fafaq. A guaranteed club
banger with its mesmerizing synth and groovy piano chords, whipping vocals and a sample of Stevie Wonder’s legendary track ‘Sir Duke’.

Firebeatz are a major force in electronic music with a slew of Beatport No. 1s to their name plus a Gold-certified single with ‘Dear New York’ together with Schella. They done collaborations with Calvin Harris, Martin Garrix and Tiesto, remixes for the likes of Rihanna, Justin Timberlake and P!NK, played DJ sets at some of world’s biggest events and entered the DJ Mag top 100 at #56. After officially forming Firebeatz in 2008, Tim and Jurre immediately start firing out releases. Their most recent releases include their collaborations with Chocolate Puma (‘Lullaby’ featuring Bishop) and Schella (‘Dat Disco Swindle’).

Now the Dutch duo join forces with Fafaq on their newest track ‘Sir Duke’. Fafaq is a DJ and producer known for his diverse style, which vary from future bass & house to heavy sounds of electro house. Some of his melodic signatures include ‘Tiger’ (together with R3hab and Skytech) and bassline’s based electro monster “Indigo” & “Fever” (together with Yves V and Skytech). He received support from the biggest artists like, such as Tiesto, Dimitri Vegas & Like Mike, David Guetta, Martin Garrix, R3hab, Nervo, Sander van Doorn, W&W and DVBBS.