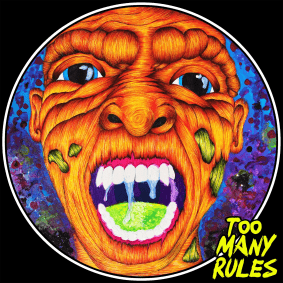 Javi Bora welcomes house icons Roger Sanchez and Groove Armada to his Too Many Rules imprint this April to remix his 2016 production ‘Smashing Up’.

With releases to date on industry leading labels such as VIVa MUSiC, Defected, Robsoul and Do Not Sleep, Space Ibiza resident Javi Bora remains as one of Spain’s finest house music talents. Founded in July 2018, his Too Many Rules imprint has quickly emerged as one of Beatport’s best-selling house labels, releasing music from the likes of Huxley, Rogue D, Jacky (UK), Demuir and System2 to name just a few. With a string of high-profile releases on the horizon, the label now welcomes two huge names from the electronic music world in Roger Sanchez and Groove Armada join the label as they remix one of Bora’s most notable track to date ‘Smashing Up’, a secret weapon of the Spaniard’s dating back to his residency at Space Ibiza and go-to favourite for many more including Eats Everything, DJ Sneak, Darius Syrossian and more.

Javi Bora’s original opens the package, revealing a production the Spaniard originally produced to showcase his sound and combining a medley of jacking drums, infectious female vocal hooks and swinging rhythms throughout. Up first on remix duties, Roger Sanchez’s ‘Undr The Radr’ remix introduces a fresh set of vocals amongst an evolving, heady groove, before handing over to Groove Armada who strip back the production and lay the emphasis on rich chords and bumping bass licks to wrap up the EP in style.