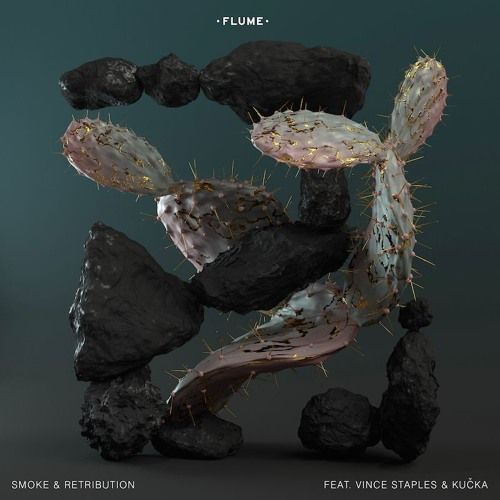 Only weeks since sharing the first single of his upcoming LP Skin, ‘Never Be Like You feat. Kai’, Flume is back with its AA-side, which is out now on Transgressive Records.

Premiered overnight as Zane Lowe’s World Record on Beats 1, ‘Smoke & Retribution’ is unlike anything we’ve heard from the young producer (full name Harley Streten) before. Featuring guest vocals from LA-based rapper Vince Staples, who featured in his BBC Essential Mix last year, and a beguiling chorus from experimental up-and-comer Kučka, the track is a beat-heavy contrast to ‘Never Be Like You feat. Kai’, and a sure sign of the sonic diversity we can expect from the album.

Since premiering as Annie Mac’s “Hottest Record In The World” on Radio 1 last week, ‘Never Be Like You feat. Kai’ is approaching a staggering 7 million streams globally. The track hit #1 on Spotify’s Global Viral charts, as well as in the UK, US, Canadian, Australian and NZ Viral Charts. It entered the UK iTunes Electronic chart at #4 and maintained a steady #1 on Hype Machine. It has been incredibly received on UK radio, with extensive support from Radio 1, 1Xtra and reaching A-List on Rinse FM, plus being named their Record of the Week. His recently announced headline shows in London and Paris SOLD OUT in under a week.

Flume’s first live appearance for 2016 is tomorrow at Laneway Festival Singapore. The European tour dates are below: