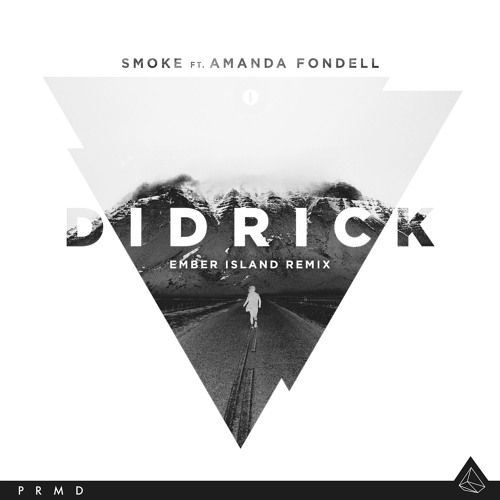 It’s not often you come across a remix that so completely transforms a track, it takes on an identity of its own. Yet that’s exactly what Swedish three-piece Ember Island have achieved with their remix of band member Didrick’s solo single ‘Smoke’.

Released on PRMD and available for streaming and download on Spotify and iTunes respectively, the trio replace original vocalist Amanda Fondell’s top line with the band’s own Alexandra Andersson. A move that immediately and completely changes the vibe and direction of the music, Ember Island’s trademark production of soft, shuffling instrumentals and exquisite, sometimes barely-there melodic sections, elevates the remix further. What started off as a funky, guitar-driven slice of organic house, is transformed into a delicate piece of dreamy, ethereal indie-pop heaven.

Over the past 12 months, Ember Island have steadily crafted out a space for themselves within the growing indie-electronic market. With over 20 million plays on SoundCloud, 10 million views on YouTube and 5 million streams on Spotify for their original work and cover singles, their music is now reaching around the world further and faster than ever before. With more remix, collaborative and cover works set to drop before their hotly anticipated debut EP this August, the next few months will see a rush of activity that will surely only enhance their presence on the international circuit.