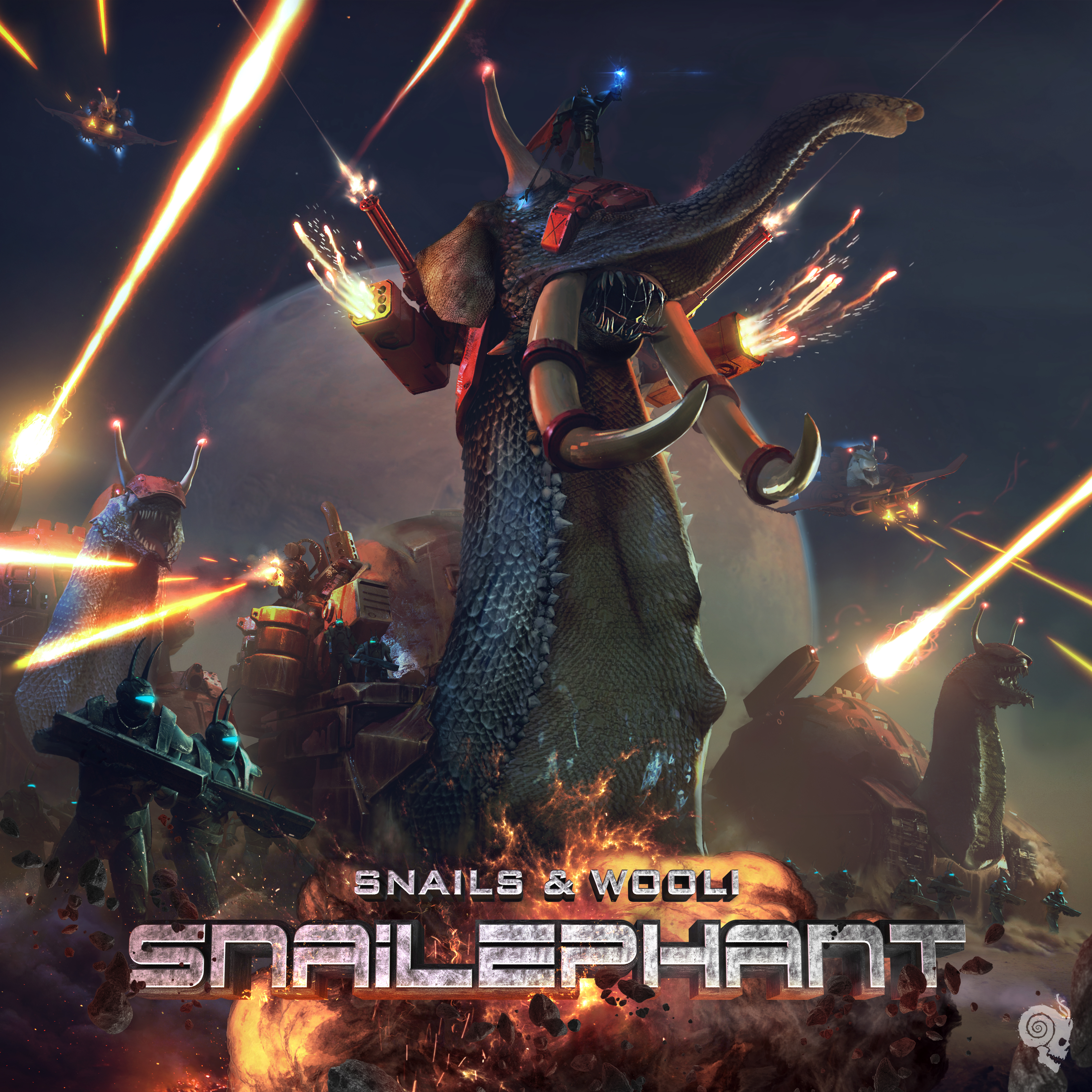 Snails listeners, prepare for total annihilation – the "Vomitstep" trailblazer has announced his next EP on his imprint Slugz Music, ominously titled "SLIMEAGEDDON." Set to be released this year, the upcoming EP will consist of bass-laden tracks, the first of which Snails just dropped as a teaser for what's to come. Snails conjures images of a brand new monster on "SLIMEAGGEDDON"'s premiere track "Snailephant," a heavy-hitting atom bomb for which he teamed up with fellow bass producer Wooli. "Snailephant" comes out of the gate swinging with guttural basslines and mind-bending drops, evoking images of robots at war in deep space; take a listen to the track to discover just what the premise for the title may be. Snails delivers this huge news after the success of his recent releases "Magnets" with Zeds Dead and "Redline" with Boogie T., rounding out what has been nothing short of a massive year for the Slugz Musiclabelhead. Slugz Music welcomes Wooli with the release of "Snailephant," who has also released on Never Say Die, Monstercat and Firepower.

Snails is truly an artist whose music has no boundaries. His "Vomitstep" sound first found a home on the praised label OWSLA and has led him to work alongside figures like Skrillex, Diplo and more. Snails recently launched his label Slugz Music as a home for his music and others' that is as outrageous as they want it to be. Currently making the rounds on his massive North American tour, Snails has a special treat for attendees in the form of his brand new stage The Shell 2.0. The stage is being called a "holographic bass music experience powered by groundbreaking production" and is done in part with Beama Visuals, the stage production wizards for Excisionand other impressive clientele. Check out a sneak peek of The Shell 2.0 in all of its glory here. Snails's festival Sluggtopia was an epic kickoff to the tour, setting the bar high for the rest of the stops. See all the dates below and grab your tickets in a city near you!