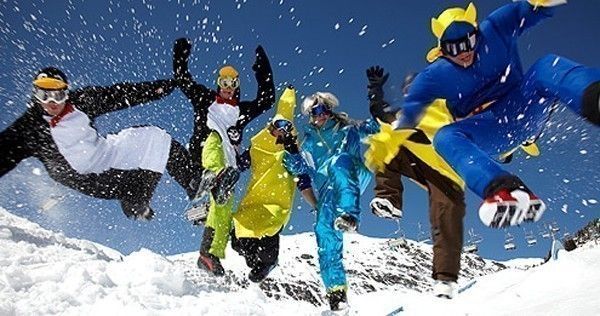 Snowbombing beat a shortlist that included a host of overseas festivals including Exit Festival (Serbia), Tomorrowland (Belgium) and Outlook (Croatia). For the second time in four years the festival that brought you miles of powdery piste, brilliant blue skies, high altitude igloo parties and an amazing line up of artists, all against an unrivalled, chocolate box alpine back drop has done it again!

Snowbombing founder Gareth Cooper said “We are delighted that Snowbombing has won best overseas festival for the second time in four years.

“It’s It is great for our team who put so much effort into making Snowbombing the huge success that it is. They continue to push the boundaries of what we can do to keep the festival fresh for all our festival goers”

This year’s event saw the likes of the mighty Kasabian who performed on a mountain top stage built especially for the occasion, Carl Cox who made his Snowbombing debut and brought his bag of blistering beats with him and Mercury nominated Disclosure and Rudimental take to the slopes. Hans the Butcher sold more than 24,000 sandwiches and a countless number of Jager Bombs were consumed which all contributed to making Snowbombing 2013 the best to date! Wunderbar!

Next year’s event looks set to be even bigger and better with the best line up to date including the fire starting, stage stomping Prodigy, Superstar DJs The Chemical Brothers (DJ Set), bass barons Chase & Status, Groove Armada, Four Tet and many more.

So now it’s official, let’s celebrate in style next April… As the BEST OVERSEAS FESTIVAL anywhere on Planet Earth! – And that’s official.

Days are spent on the slopes enjoying music on mountain top stages or relaxing in the spa of a 5* hotel and nights deliver cutting edge performances from world class acts in unique venues.