Winners Announced: The 2013 Bass Music Awards In Association with Skiddle.com 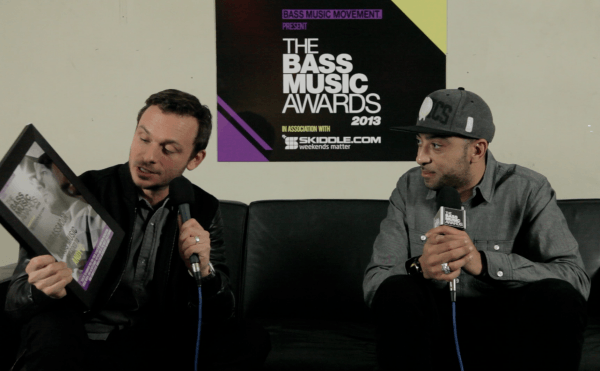 Winners Announced: The 2013 Bass Music Awards In Association with Skiddle.com

Skiddle is pleased to confirm the winners of The Bass Music Awards have now been announced. The announcement was made via online presentation, video and radio broadcasts and includes winners such as Rudimental, Disclosure, The Prodigy, Modestep and Chase & Status, as well as an array of other winners honoured for their talent at the 2013 Bass Music Awards celebration.

Although in its launch year, The Bass Music Awards has been widely acclaimed by industry sources. Voting was open to the public for a 3 week period, seeing thousands of members of the public having their say by voting for their favourite DJ’s, labels, events, tracks, videos and producers from the nomination lists that was compiled by an industry affiliated panel of Bass Music connoisseur’s.

BBC Radio 1 and 1Xtra presenter DJ Target was the host for the ‘industry only’ video shoot held at a secret London based venue which saw a selection of winning and nominated artists gather. The artists interviewed on the day included:  Andy C, Jakwob, Gorgon City, Hannah Wants, Sigma, David Boomah, Tigerlight, Dub Police, The Others, Variations, the Circus Records Crew, Rednek and Xilent. The Bass Music Awards highlights can be accessed via the Bass Music Awards website. http://www.bassmusicawards.com.

Commenting on the Preston-based, primary ticket outlet’s involvement, Skiddle’s Ticketing Director, Richard Dyer said: “We’ve got a privileged position in the UK’s music scene and we knew we’d be ideally placed to help get the Bass Music Awards off the ground in its launch year. We’ve had loads of great feedback about the awards and I expect they’ll become a regular fixture. Ultimately, it’s great that we’ve been able to further support the music scene in this way.”