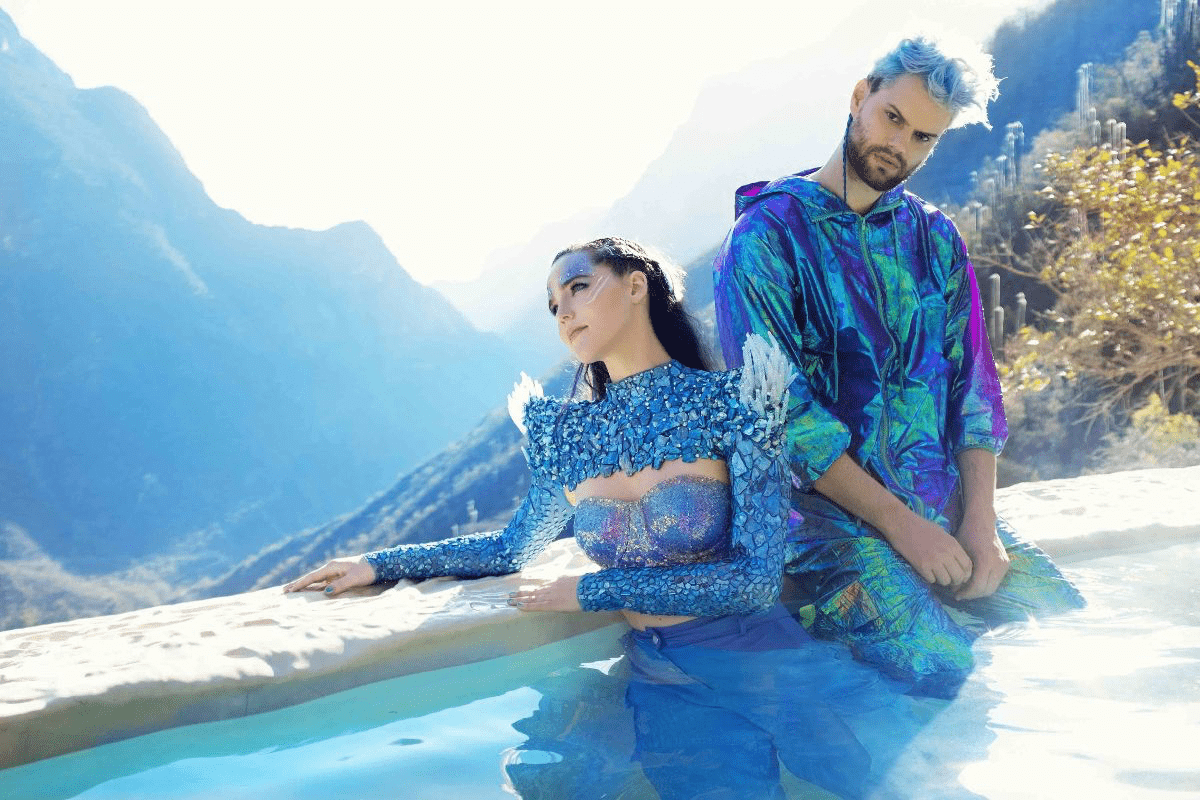 by ihouseuadmin
0 comments
Just ahead of embarking on their vibrant summer festival tour, SOFI TUKKER have announced a fall headline tour of North American and Europe, the R.I.P. Shame World Tour. Sophie Hawley-Weld andTucker Halpern are on “a mission to kill shame one loose dance party at a time,” and are planning an entirely new show that will follow the release of a new body of work this fall.
Tickets for all dates go on sale Friday at 10 AM local here: www.sofitukker.com/tour
In celebration of the tour announcement, the group has also shared the Uproot Andy remix of their collaboration with Bomba Estéreo, ‘Playa Grande’. The Brooklyn DJ/Producer, known for helping pioneer the Global Bass movement with his work and legendary NYC party “Que Bajo?!”, re-imagines the lush dreamscape of the original as a fluid Afro-Caribbean rhythm that waxes and wanes around Sophie & Li’s invitation to surrender to dance with them. Listen to it here.

‘Playa Grande’ is sung in three different languages – English, Spanish, and Portuguese, as well as a little Spanglish and Portuñol. Sophie and Li from Bomba Estéreo dance across the verses and make the chorus a mission statement, “Vamos a Bailar! Bailar! Bailar!” Bomba Estéreo joined SOFI TUKKERonstage at Coachella to perform the song live and SOFI TUKKER will be taking ‘Playa Grande’ on the road for their shows this fall.

The music video sees SOFI TUKKER teaming up once more with Mac Boucher, the creative mind behind the ‘Best Friend,’ ‘Batshit,’ and ‘Fuck They’ music videos. For the clip, SOFI TUKKER travelled to Costeño Beach in Santa Marta, located next to the Tayrona Park, a Natural Reserve Park in Colombia where the Andes end at the sea. It is the highest mountain in the world next to the ocean. The Tayronas (indigenous population) call the park, ‘The World’s Lung’. The video is an ode to the earth, specifically to the sacred land that Li from Bomba Estéreo lives on. Watch it here.

SOFI TUKKER is the genre-defying duo of Sophie Hawley-Weld and Tucker Halpern celebrated for their inclusive and global perspective on electronic music and their work’s themes of liberation, unity, and self-empowerment. Their debut single ‘Drinkee’ was nominated for a Best Dance Recording Grammy,®which was followed by a Best Dance/Electronic Album Grammy® nomination for their debut albumTreehouse. SOFI TUKKER‘s records have achieved Gold or Platinum status on every continent other than Antarctica. Their electric and energetic live show has sold out venues and graced major festival stages across the planet, and SOFI TUKKER has also performed on major TV shows such as The Tonight Show Starring Jimmy Fallon (USA), X-Factor (Italy), Sunday Brunch UK), Late Show (Russia) and BuzzRhythm (Japan). SOFI TUKKER are also passionate activists who have raised funds and awareness for Planned Parenthood, The Trevor Project, and the March for Our Lives.