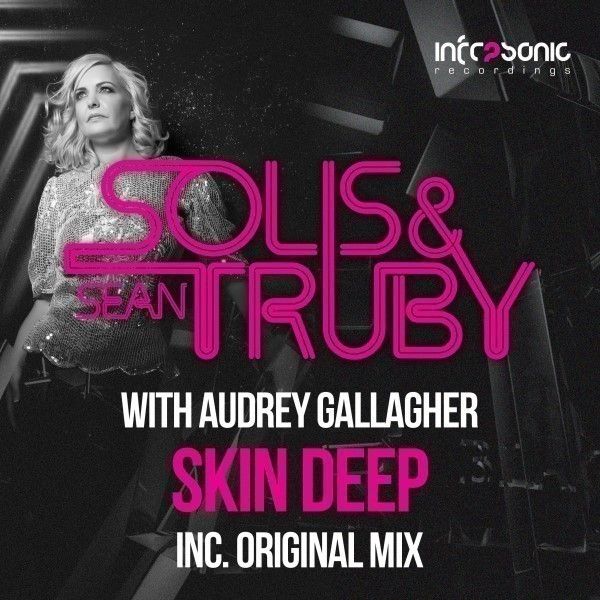 They’re an English trance duo on the rise and she’s one of the most recognized vocalists in the scene. Now Solis & Sean Truby and Audrey Gallagher have come together to create a landmark of a track titled “Skin Deep,” coming September 8 on Infrasonic Records.

Anyone familiar with tracks like John O’Callaghan’s “Big Sky” and Armin van Buuren’s “Hold On To Me” have been blessed by the Irish pipes of Audrey Gallagher, while Michael Smith (Solis) and Sean Truby’s chart topping track “Empathy”–a regular feature on BBC Radio One–put them on the map. Collaborating for the first time on what is about to be their biggest track to date, “Skin Deep” plays like a modern trance masterpiece with flashbacks of the days of old. Audrey’s yearning lyrics and soulful voice reach new heights, while Solis and Truby’s soaring production gives new meaning to the word “uplifting.”

Early support comes from Markus Schulz on Global DJ Broadcast, Armin van Buuren on ASOT #676 and Ben Gold’s Goldrush Radio. Add “Skin Deep” to your collection of favorites by grabbing it on Beatport on September 8 and September 22 from all other digital portals.