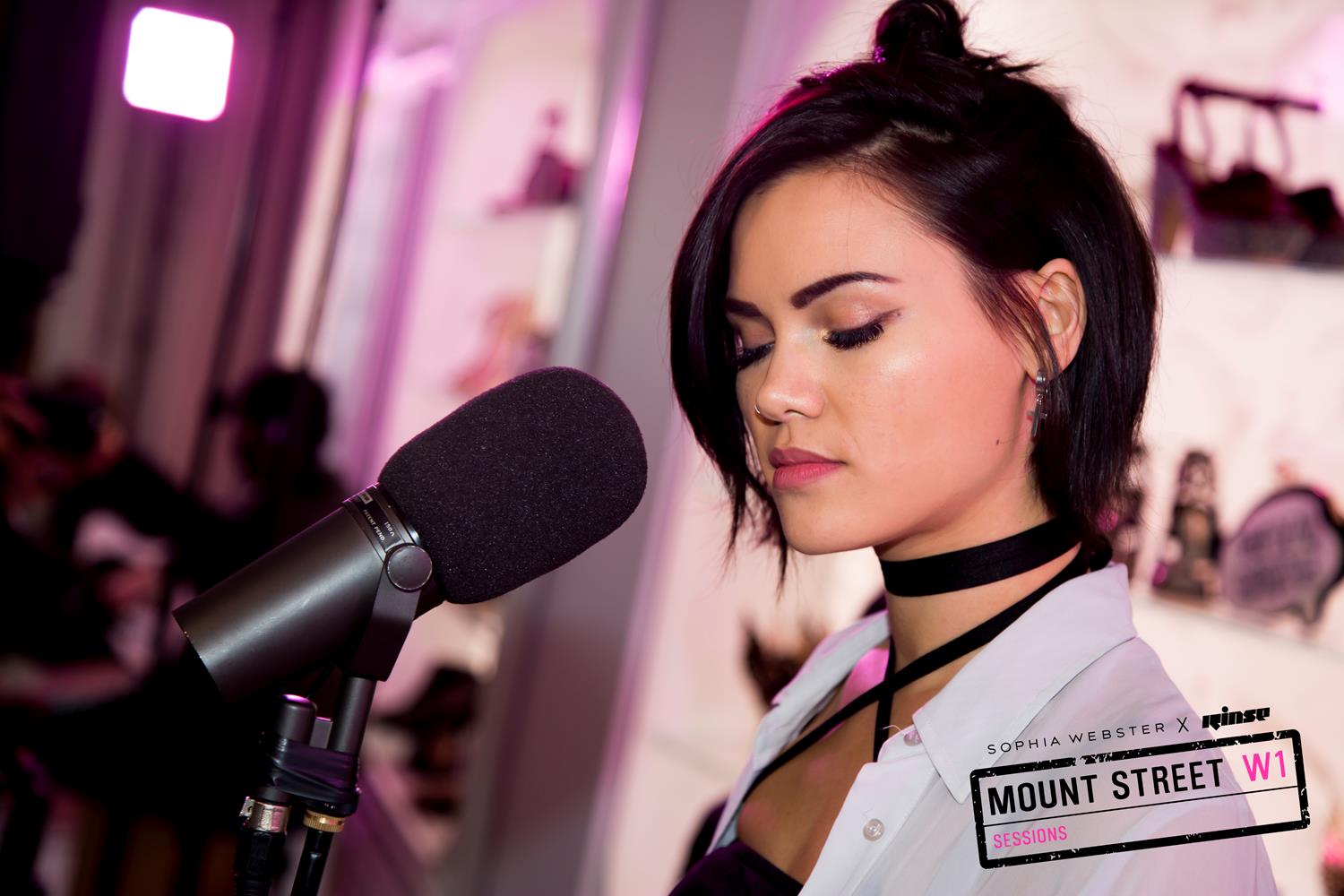 For the first in the series the Sophia Webster x Rinse Mount Street Sessions features Sinead Harnett, recorded at the Sophia Webster Mount Street store. Sinead performed four tracks, ‘If You Let Me’, ‘Rather Be With You’ and ‘Love To Lose’ taken from her self-titled EP, as well as a cover of the Otis Redding classic ‘White Christmas’.

Music has always played an important role in Sophia’s inspiration and creative process and she regularly listens to Rinse whilst designing her collections. The relationship has a long standing history with Rinse providing the soundtrack to all Sophia’s London Fashion Week presentations since her debut in Spring/Summer 2013.

The likeminded brands have a collaborative partnership, Rinse curates the playlists in Sophia’s Mount Street Store and Sophia makes guest appearances on air, most recently as part of Geeneus’s Friday Rinse show.

More about Sophia Webster:
British accessories designer Sophia Webster founded her eponymous label in 2012, and has become renowned for combining feminine design with a sophisticated approach. A graduate from the distinguished Cordwainers College and The Royal College of Art. Her products now have an international presence and are distributed in over 200 retailers worldwide.

Sophia was awarded the Conde Nast Footwear Emerging Designer of the Year 2012, British Fashion Award for Emerging Accessories Designer 2013 and the British Fashion Council’s New Gen Award for her first 3 consecutive seasons. She also won the BFC Vogue Fashion Fund in 2016, becoming the second shoe designer in history to receive this prestigious prize.

More about Rinse:
Rinse is at the centre of a vast musical community. As genres, artists and scenes evolve and fragment, Rinse remains locked to the pulse of the underground. Inspiring and nurturing people to create the music that they want to hear, the results speak for themselves.

Est.1994. Transmitting uncompromising and innovative music out of its East London heartland, it started life as a pirate station established by a group of friends wanting to share the music that inspired them.

More about Sinead Harnett:
Sinead Harnett’s self-titled debut EP is out now via Rinse. Sinead perfectly moulds the conventional sounds of contemporary R&B to her own design.

Sinead is no stranger to collaboration and has worked with a selection of the biggest names in the world of grime and dance including Wiley, Disclosure, Rudimental, Kaytranada, Snakehips, JD. Reid and Ryan Hemsworth to name a few.