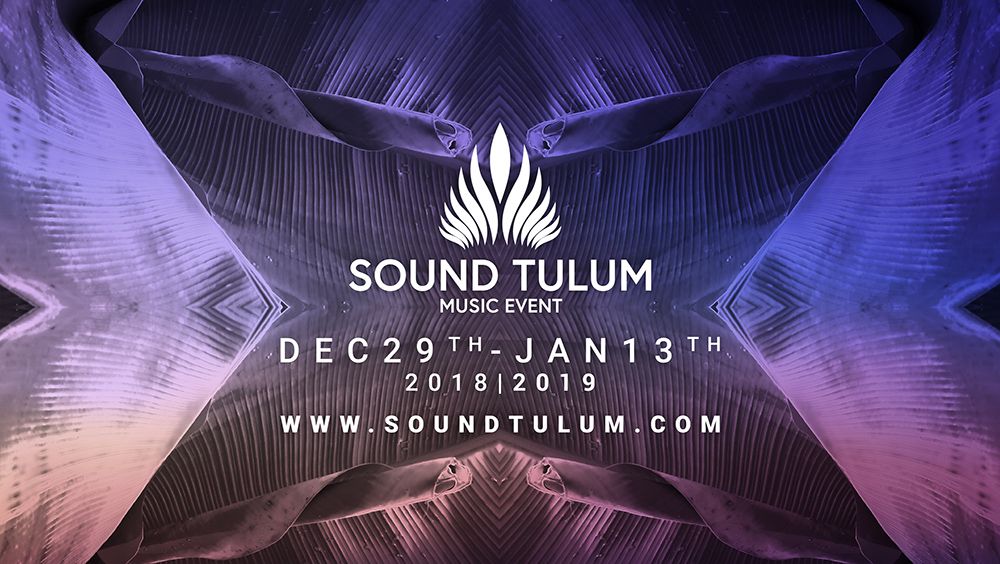 The festival will count on Afterlife, Solomun + 1, Paradise, Black Coffee, Saga, Flying Circus, All Day I Dream, Frequencies, Dystopia and Epic for its new edition.

Sound Tulum, the festival that has turned into one of the most outstanding recent phenomenons of the international underground scene, has finished with the full programme announcement of its second edition, which will take place from 29th of December to 13th of January in Tulumthat is one of the most exotic and magical indigenous places in the world.

New Year’s Eve, 31st of December. This lifestyle, mentality and dream, this experience, this concept which is much more than just an event, will celebrate the last night of the year with its favourite artists: Audiofly, Brina Knauss, HVOB (live), Neo Human, Oliver Koletzki and Öona Dahl.

ALL DAY I DREAM

2nd of January. To start the 2019 with style – Lee Burridge will bring his mystical paradise "All Day I Dream" under "A Magical Soirée" to Sound Tulum and will be accompanied by Sébastien Léger and Newman.

3rd of January. Following the culmination of another landmark season in Ibiza, Jamie Jones will touch down in the incredible beauty of the enchanted Tulum jungle accompanied by Joseph Capriati, Art Department, Serge Devant, David Berrie and few more artists to be announced.

4th of January. The international brand Frequencies will join with an incomparable event that will include performances by some of the most important and influential Techno figures in the world:Richie Hawtin, Ben Klock, Ellen Allien, Rødhåd and Fabio Florido.

5th of January. Sound Tulum, Sonorus XX Winter Beach and Project Sound present Solomun + 1 with Dixon, two great tastemakers taking over one of the most anticipated dates of the festival.

7th of January. This experience that immerses its audience in a universe that contrasts the modern world, born in Ushuaïa, Ibiza presents its Mexican debut with a Hallucination theme.Luciano will be the headliner and he will be accompanied by Jennifer Cardini, Nicola Cruz, Oceanvs Orientalis, Concret and more artists to be announced.

9th of January. Afterlife’s team, one of the main electronic music brands in the world, has made an absolutely stellar selection for its event: Adriatique, Âme, Mathame, Mind Against, Recondite (live), Return, Stephan Bodzin and of course, Tale Of Us.

12th of January. In addition to the festival´s already planned programme of events, Sound Tulum is shaking things up by adding an intimate and exclusive, reduced capacity gathering headline by South Africa's Black Coffee.

Closing Party, 13th of January. This recently created brand’s purpose is to become an incomparable meeting point for artists, electronic music industry professionals and audience and therefore Sound Tulum has chosen it as its Closing Party. The Martinez Brothers and The Black Madonna are the first confirmed artists of a long list that will be revealed soon.

Sound Tulum has achieved it, the Mexican festival has managed to surpass all the expectations that its excellent first edition had created and now we have just to enjoy what will be, without any doubt, one of the most memorable line-ups of the season.