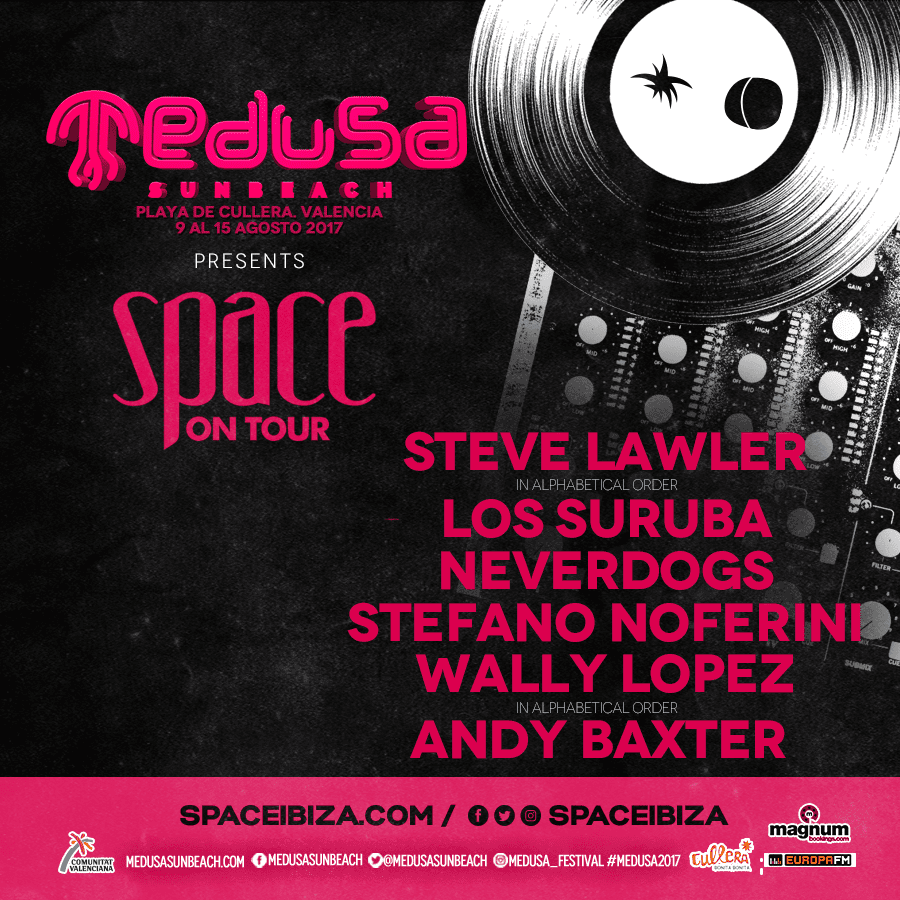 Next August, from the 9th to the 14th, a new edition of the Medusa Sunbeach Festival will take place. The festival has positioned as one of the largest in the Spanish landscape. And this time, goes with a new edition with a very special guest: Space On Tour.

After a first edition with 67,000 attendees, the objective of this year is to launch the event at European level and add more attendees. The Medusa Sunbeach Festival 2017 team has warned that they are preparing a new concept with international touches, a festival where a mix of styles like electronics and indie. In addition, this year's theme will be: Jungle Carnival.

The specific day on which Space On Tour will have its own stage as well as more details about the party will be announced soon, but what has been confirmed is the lineup for our stage.