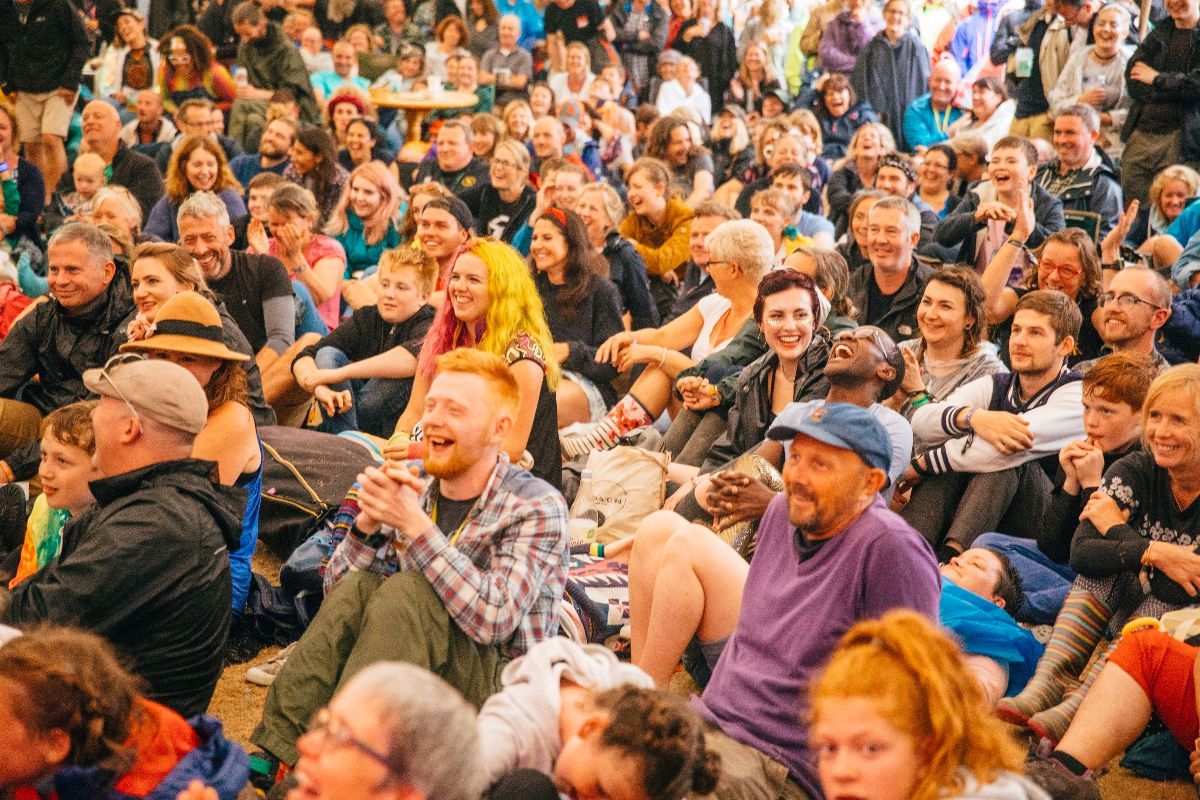 Continuing its phenomenal reputation as one of the most celebrated and beloved weekends in the summer festival calendar, Standon Calling continues to serve up exciting and diverse names providing unmissable entertainment across the board. At every turn, Standon Calling is bringing the true festival experience to the fore, with their comedy programme emerging as one of the nation’s best over the past few years and an important slot for the fast-rising comedians of tomorrow. Hosted at The Lawn – the epicentre of Standon Calling as the hub of talks, debates and alternative entertainment – an array of top-draw comedy names are confirmed to add some side-splitting scenes to the festival weekend, sitting right before the beginning of the acclaimed Edinburgh Festival Fringe.

Headlining the comedy stage this year is Russell Kane, one of the most recognisable comedians of the past decade, whose appearances across the likes of Live At The Apollo, Celebrity Juice and more have captured the eyes of the nation with hilarious award-winning ease. Outspoken with his recent viral ‘Kaneings’ videos and fresh from sold-out shows around the globe, expect a packed tent when he arrives at Standon Calling this year. Panel show favouriteAngela Barnes takes another headline slot, bringing the award-winning insights that have taken her across Radio 4 and Mock The Week amongst many others, while the multi-talented freestyle flows of Abandoman will bring hip-hop hilarity as one of the most unique comedians on the planet takes the stage. With critics’ favourites Jen Brister building on her star turns across national TV, Sarah Keyworth who’s been scooping plaudits up and down the land as one of the fastest rising stars in British comedy, Amy Gledhill bringing her solo show to The Lawn, new favourite Jacob Hawley and the QI-featuring, Standon mainstay Cally Beaton also set to bring the laughs across the weekend.

Looking ahead to Standon Calling, Jen Brister said:
"Really looking forward to performing at Standon Calling this Summer. It's a fantastic festival with an incredible line up and i cannot wait to see Nile Rodgers and Chic in action."

Amy Gledhill said:
"It'll be my first time at Standon Calling and OH MY, what an insane line up! Somebody save me a space near the front for Echo & The Bunnymen and The Go! Team."

Speaking about the 2019 comedy programme, Festival Director and Founder Alex Trenchard said:
“Comedy brings people together and that’s even truer at a multi-generational festival like Standon Calling. One of the highlights of Standon last year was crying my eyes out with laughter in the comedy tent with my 10-year-old son. It was a wonderful bonding experience and we are really looking forward to what is a massive 2019 comedy bill!”

This hotly-praised lineup of comedy names join a phenomenal bill spread across Standon Lordship, boasting an eclectic mix of international superstars, talked-about favourites and rising new talent. Headlined by the iconic Nile Rodgers & CHIC, the Mercury-Prize winning Wolf Alice and pop supremo Rag’n’Bone Man – the likes of Echo & The Bunnymen, IDLES, Lewis Capaldi, Kate Nash, The Big Moon, Band Of Skulls, The Go! Team, The Joy Formidable, Sea Girls, Erol Alkan, Simian Mobile Disco, Warmduscher and many more are all set for remarkable moments across the July weekender. With family entertainment from Dick & Dom and Mr Bloom & His Band, alongside a stellar variety of unique activities and sights – Standon Calling 2019 is packed from top to bottom with something for everyone.

By day, expect music to touch your heart, make you think, make you move and make you dance. Indulge with award-winning food & drink, settle in to enjoy acclaimed comedy, or entertain the whole family with activities and performances for all ages – taking a dip into the swimming pool or witnessing the famous Standon Calling Dog Show. The options are endless. By night, Standon Calling is one bold show-stopping beast, as world-class performers arrive in full force. Don’t miss late-night frivolities from some of the most celebrated electronic acts and DJs on the planet, leading the party right up to 4am. The perfect home for summer memories, Standon Calling is a defining beacon of the British festival experience.

Tier 3 tickets are now on sale for Standon Calling 2019 – with previous tiers selling out in record time. For further details, head to http://www.standon-calling.com/tickets

Location
Standon Calling is located at SG11 1EE, a festival in a valley, nestled in the stunning Hertfordshire countryside. It is less than 45 minutes from Central London
Nearest train stations are Bishop’s Stortford and Ware.