Kinkajous - Staring At The Odds 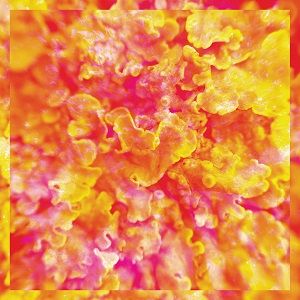 Kinkajous - Staring At The Odds

Innovative nu-jazz outfit Kinkajous envelope us in their immersive, mesmerizing sound world with their powerful and introspective new EP, ‘Staring At The Odds’, which has just premiered on Impose Magazine.

The release kicks off with the swirling synths of ‘All Kinds’, which premiered on Stamp The Wax and has seen airplay from the likes of BBC Radio 3. Cau’s emotional clarinet flirts playfully with listeners’ ears, before Parmentier’s pattering jazz drums open up to provide the perfect backdrop to a noir-esque trumpet solo from Mathieu Haage reminiscent of the likes of Christian Scott and Tomasz Stanko. The repetitive percussion and melodic bass of ‘Intro’ are offset by twinkling synths which echo across the song, leading neatly into the supernatural outer space feel of ‘Cloud Four’, which as been playlisted by Amazing Radio. This track provides the embodiment of the group’s quest for new sonic highways, without denying their profoundly obvious love for jazz. With production unmistakably inspired by experimental multi-genre musician Flying Lotus, the delicate drums and soothing tones of the clarinet complement the warmth of O’Connor’s bass riffs, whilst starkly contrasting with the intensity of the discordant synths laid down in their tight production.

Mixed by the renowned Brendan Williams, whose past work includes releases from the 2014 Mercury Music Prize nominated Gogo Penguin, ‘Staring At The Odds’ represents the culmination of the last few years of Kinkajous’ musical development, drawing together the strength of their unique live performances and their expertly crafted production in what is surely be one of the most compelling releases of the year.