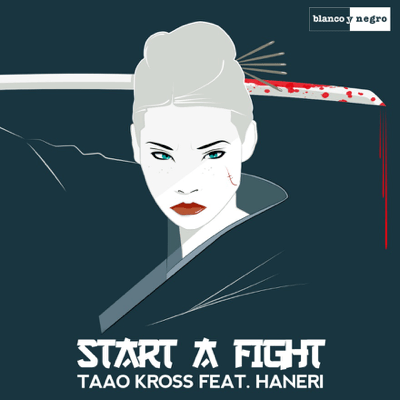 Having already made sizeable waves so far this year, continuing his journey with clubbing powerhouse Pacha as their resident across the globe, along with sets across France, Italy, China and the UK, Taao Kross showcases once more his ability in the studio matches his drive as a DJ with his next offering titled ‘Start A Fight’ on Blanco y Negro Music.

Available on May 4th, ‘Start A Fight’ is a powerful showcase of Taao’s ability to put forward undeniably catchy material which touches different portals of the dance music spectrum. Building on his production expertise since offerings on imprints such as Armada’s Garuda Music, Taao brings together his studio flair with another undeniable groove, consisting of an evolving chord and vocal combination which runs through the mix alongside a powerful percussion workout.

Fast becoming a highlight across a wealth of high profile events in the dance music calendar including sets across the likes of Parookaville and Medusa Sunbeach Festival (Spain), along with upcoming summer shows across Unite Tomorrowland (Malta), Balaton Festival (Hungary) and Summer Park Festival (Netherlands), Taao continues to excite globally, bringing a unique caliber to his style which continues to be a force to be reckoned with on the dancefloor.

With previous track ‘Evolet’ on Sirup Music earlier this year signifying a shade to his sound that seeks to dominate the club circuit, intertwining with his growing global pedigree as one of Ibiza’s hot shots as the resident for David Guetta’s legendary ‘F**K Me I’m Famous’ parties and growing international tour profile, Taao brings a new, exciting dimension to his sound with ‘Start A Fight’, delivering a vocal driven track which fits just as well into warming up the dancefloor as it does for radio play over the summer months!