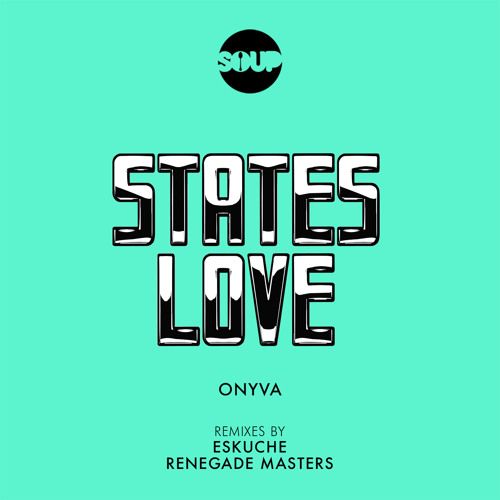 First and foremost, ONYVA‘s music is designed for the dance floor, and the UK artist has quickly established a deserved reputation by supplying a steady succession of quality global club cuts all supported by the world's biggest DJs and tastemakers. ONYVA has previously released music on a wide range of labels including Toolroom, Cr2 Records, and his own ON IT Recordings imprint, with his music spun week in and week out by the likes of Joris Voorn, Skream, Nic Fanciulli, Yousef, Steve Lawler, Mark Knight, Marco Carola, Riva Starr, Nic Fanciulli, and Waze & Odyssey.

Here, ONYVA makes his SOUP NYC debut, serving up a deep and emotive house cut of the very highest order. Built around a gorgeous disco sample that ONYVA expertly teases in and out of the mix, States Love is a quality house cut of real depth, with rumbling bassline and intricate percussive flourishes eventually giving way to it’s huge, life-affirming break. To handle such different tones in a single track is ambitious to say the least, but ONYVA pulls it off with aplomb.