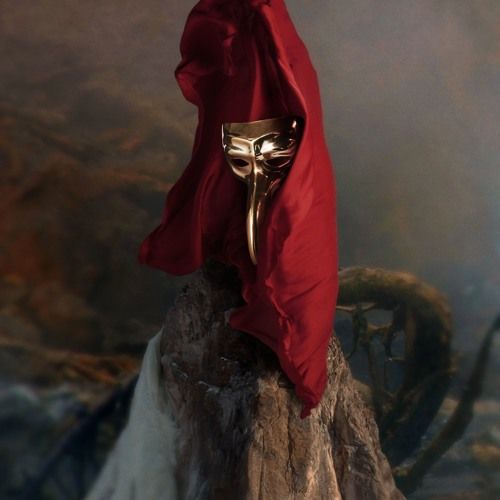 Claptone collaborates with London duo TENDER for ‘Stay The Night’, a brooding and intense electronic stomper

The second track to be unveiled from Claptone’s second album ‘Fantast’ features London electronic duo TENDER (Partisan Records). In the impassioned ‘Stay The Night’, TENDER’s James Cullen sings of the intense fervor and volatility of a new relationship, whilst pulsating electronics gather to create a thick cloud of tension. The track shows the depth to be found when peeling back the layers of Claptone’s second full-length offering.

Of the track, Claptone says “Stay the Night is a very honest song and TENDER tell a story which deeply resonates with me. The last track I released was the uplifting 'In The Night', but I need you to experience the other side of my night, and give you a deeper insight into my heart; the shadows that I cast as well as the shadows that haunt me.”

TENDER says ‘’Stay The Night is about someone with a fear of being alone that finds themselves constantly driving people away. the push and pull and the struggle for attention they crave leads them to other ways of numbing the pain, only to further drive away the people they love.’’

Claptone is a unique proposition in modern music. Painted as a mythical character shrouded in mystery, Claptone has become one of the biggest names in electronic music whilst himself remaining in the shadows. He has however constantly sought to deepen his own distinctive world, creating a rich tapestry, which tells the Claptone story.

In his second artist album ‘Fantast’, the Claptone universe is at its deepest and most vivid. He is the master of his domain and in his most artful offering yet, the assured 13 tracks of 'Fantast' come together to create an album full of varied colours and atmospheric textures.

In music Claptone seeks not to create a world of secrecy, but one of great depth and intrigue. An enigma with a tireless desire for creativity and thirst for new music, Claptone has brought together a diverse group of collaborators such as Bloc Party’s Kele Okereke, Blaenavon, Tender, Jones, Zola Blood, Austra’s Katie Stelmanis, The Boxer Rebellion’s Nathan Nicholson, Clap Your Hands Say Yeah, Joan As Police Woman and Matt Simons.

'Over the last two years it has been a great pleasure to work on this album as a counterpoint to the hectic world of travelling as a DJ. To lose myself when making music, to dive into and create my very own realm of beauty. I admit it's a dreamy, a heartfelt, at times a naive and surely escapist album, but what to do if one – on the quest for his soul – develops a strong desire to go back to his roots, back to nature? Did I find myself on that journey? Rather not. But I found some beautiful moments in the green, out in the woods, out in the fields, under the moon and in the night, moments, which I want to share with you. And there is one thing I learned and now it can be told, I am and have always been a ‘Fantast’.'

We caught a glimpse of his ambition to produce a body of work in Claptone’s debut artist album 'Charmer' which has scored over 60million streams and counting, but it’s in 'Fantast' that Claptone really delves deeper into the art of songwriting.

2018 will see another intense year of touring as a DJ with Claptone taking his immersive 'The Masquerade' event experience further, having built momentum over the last 18 months hosting events and stages in Los Angeles, Berlin, Paris, Melbourne, Barcelona and New York and at festivals like Tomorrowland, Melt Festival, Elrow at Amnesia Ibiza, Green Valley in Brazil.