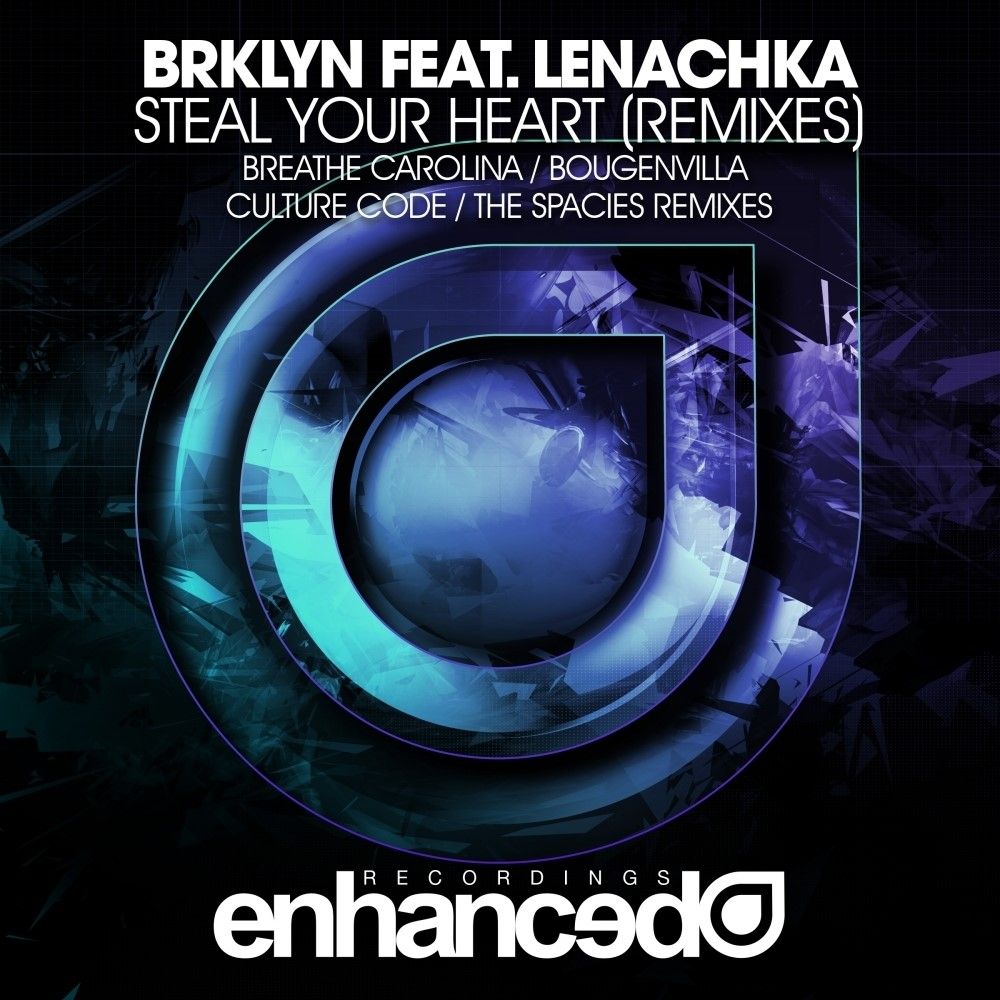 It was only a couple of months ago that BRKLYN & Lenachka brought their infectiously catchy 'Steal Your Heart' to Enhanced Recordings – since picking up support from some of the biggest names out there, becoming a BPM Breaker and continuing to smash the airwaves, four of the dance scene's ever-present stars bring their unique styles to 'Steal Your Heart'.

First up is an outfit who need little introduction, Breathe Carolina have consistently been at the forefront of innovative music and with their platinum-selling knowhow, have transformed 'Steal Your Heart' into a completely different melodic powerhouse. With a rolling bassline, crisp breakbeat influenced pads and chopping up Lenachka's vocals, Breathe Carolina create a brilliant remix to start the Remix release off with.

Dutch duo Bougenvilla bring their hugely popular Future House style to the release with a bouncing remix filled with fresh techniques that have seen the two producers heaped with so much praise of late. Lenachka's vocals are completely reworked while a bass heavy groove takes hold of BRKLYN's Original to result in one seriously funky remix. Next up is Enhanced favourite Culture Code who injects his trademark, heartfelt melodic style alongside his customary bass-heavy tendencies. Lenachka's vocals take on an ethereal form alongside sparring bass notes and techy FX.

Lastly, electro-acoustic duo The Spacies turn 'Steal Your Heart' into a perfectly chilled, experimental remix complete with their own take on Lenachka's vocals seamlessly running alongside a perfectly matched acoustic/electro combo of guitar plucks, bright synths and grooving bass.

One of the year's most memorable vocal releases is back, and with the help of a host of some of the scene's brightest & most relevant stars, 'Steal Your Heart' is once again heading to stardom.