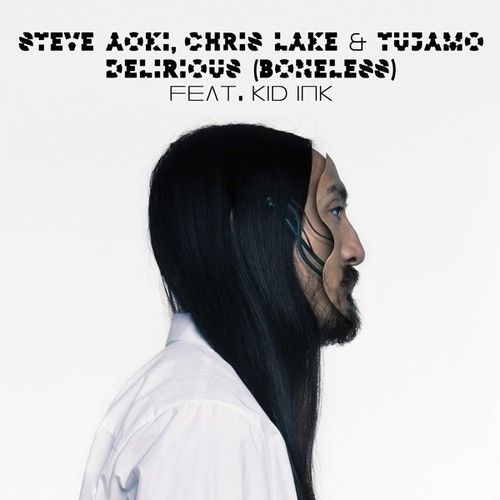 STEVE AOKI’s next track from his much-anticipated new studio album NEON FUTURE I–due out August 12 on Dim Mak/Ultra Music‹is “Delirious (Boneless)” featuring LA rapper Kid Ink.  Fans have favored this song for a while in its instrumental version as just “Boneless,” the global chart-topping collaboration with Chris Lake and Tujamo. It was also utilized in AOKI’s Bud Light Platinum national ad campaign. The track will have its radio debut today on two of the most influential hip hop stations in the country via DJ Camilo’s New At 2 show on Hot97 in NY and Felli Fel’s New At 2 show on Power 106 in Los Angeles.

“As a touring artist myself, it was hard to not hear about Steve Aoki and his crazy live shows, so this was a great opportunity for me to dive into his world and give his fans a glimpse of mine as well,” says Kid Ink. “To me this record was a great balance between the EDM world and the hip-hop world.  Fans of both genres should really enjoy this record!”

Meanwhile, tickets are still available at  http://po.st/agtlmsg for STEVE AOKI’s first-ever headlining performance at Madison Square Garden in New York City on Saturday, August 16. The event will be the pinnacle of all STEVE AOKI concerts debuting a new live visual show, a multitude of guests and of course, rafts and cake.