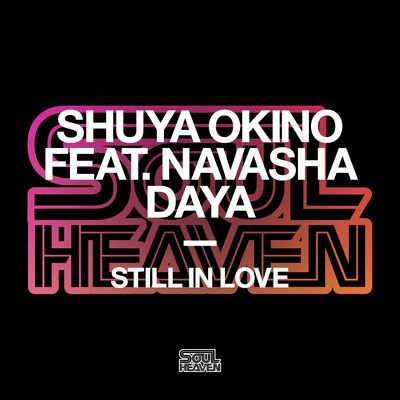 A hero of Japanese dance music and co-founder of the DJ & production duo Kyoto Jazz Massive, Shuya Okino is an extremely influential figure in pioneering club jazz fusion at home in Japan and beyond.

This release includes his full-length original version of ‘Still In Love’, (a cover of disco powerhouse Rose Royce), plus a remix from DJ Spen and a brand new re-work by Alaia & Gallo. The original mix is a glorious eight minute track that has a grooving nu-disco sound complete with soaring strings and a real ‘live’ instrumental effect, breaking down into a jazz cadenza that puts Navasha Daya’s uplifting soul vocals to work.

Alaia & Gallo stormed onto Soul Heaven with ‘Who Is He?’ in April, a track that has made it to bona fide summer hit status with its smooth, deep and soulful vibe. They have a similar take on ‘Still In Love’, translating the nu-disco record into a track that could do some damage on the dancefloor alongside other main-room tracks.  The legendary DJ Spen’s remix discovers the lower edges of the track, swapping out the instrumental sound for more of a deep-rooted house feel.

‘Still In Love’ is a gem for lovers of nu-disco through to deep house, exploring the versatility of a truly great record, with some very well-conceived re-works.