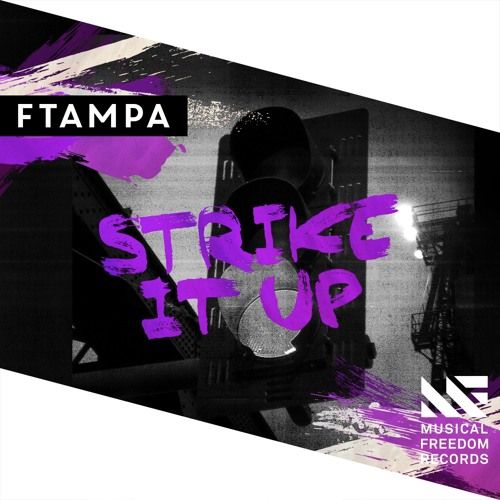 When Tiesto plays your track at one of the biggest music festivals in the world, you know you have produced something incredible. The legendary artist dropped FTampa’s „Strike It Up” at Creamfields this year, and touted the track on his social media accounts as „sick”. „Strike It Up”, although different from FTampa’s previous releases, is already catching fire in the industry.

As an artist, straying from your trademark sound into another subgenre of dance music – or into entirely uncharted, experimental territory – is a daring feat. Even amongst a widely open-minded demographic of listeners, it takes some bravery to debut a melodic, progressive track when your fans are most likely expecting to hear some big-room drops. Brazilian producer FTampa has ventured outside his comfort zone with „Strike It Up”, which veers away from familiar EDM beats into the territory of uplifting progressive music. The single will be released on Musical Freedom, and it seems like FTampa has taken a cue from label head and legend Tiesto on the production of the track.

The fresh perspective FTampa has taken with „Strike It Up” should hardly disappoint his fans; the track still possesses his signature energy, but is coupled with a more refined melody and gorgeous vocals that take the listener on a rollercoaster of feel-good vibes. He recently remixed NERVO’s sexy rendition of „Hey Ricky”, adding a heavy, booty-shaking twist that made it an instant club hit. The contrast between these two tracks speaks to FTampa’s ability to easily switch up his sound based on the crowd and atmosphere – the mark of a talented producer. No matter what direction FTampa takes his music, one thing is for certain: you will be highly satisfied.