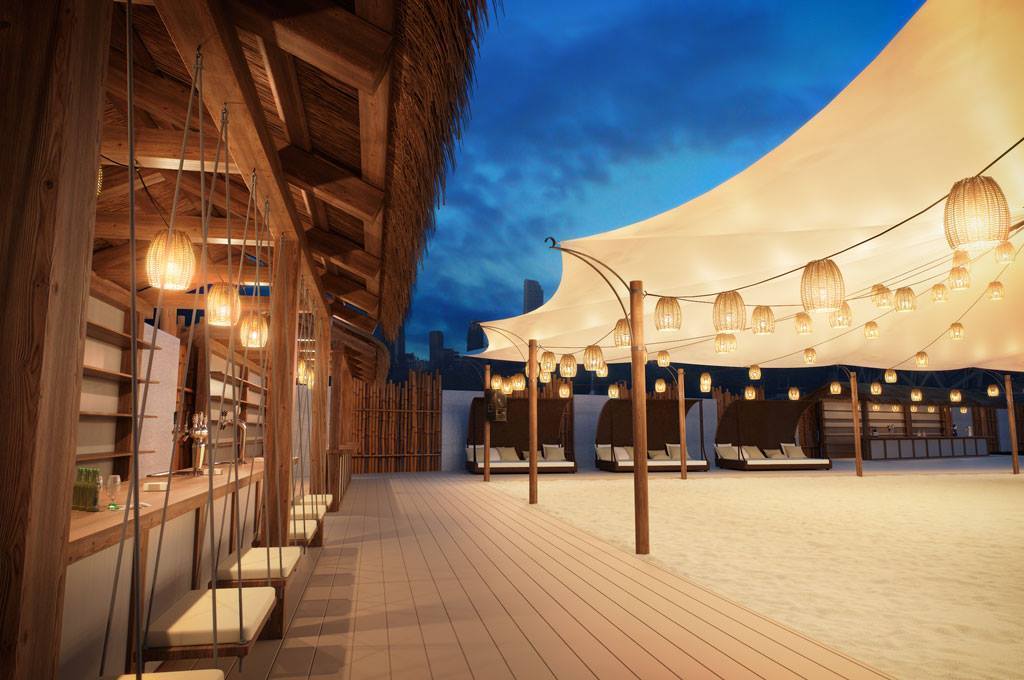 Since opening in March 2014, Studio 338 has steadily been securing Greenwich as the go-to hotspot for anyone looking to party in London. Since its inauguration, Studio 338 has continued to push boundaries, investing heavily in the venue; with the installation of a glass and steel 'Atrium' being the latest major announcement just a couple of months ago.

Today they went one step further by releasing news that will bring a smile to the face of anybody who's partial to an alfresco dance. For the first time ever, London will get its very own full scale party beach arena.

As ever, Studio 338 have cut no corners. Already famed for the breath-taking production at parties like Elrow and Cocoon, they have once again shown the waiting pack how its done at the very top level. 180 tons of sand are being imported, there will be a wooden decking surround, cabannas, 2 beach bars, BBQs, sunbathing decks and hammocks. Essentially, everything you could wish for at any world class beach bar. The arena will be covered by a network of sails in case mother nature doesn't get the memo, but these are detachable for maximum sun-kissed party potential when she does.

Having a brand new Atrium Terrace and now an outdoor Beach arena is one thing, but as ever Studio 338 have spoiled us with some world-class music programming to soundtrack it. The Beach party season (doesn’t that feel good to say Londoners!?) kicks off on June 4th with the Sankeys Beach Festival starring veterans DJ W!ld and Phil Weeks, as well as fresh and exciting talent like Citizenn and David Mayer. The worlds biggest Techno brand, Cocoon, lands back at 338 just few weeks later with Matador (live), Ilario Alicante, Dana Ruh and more across the day and night.

July sees London's best loved underground party Art of Dark take over both 338's Beach and Atrium for a marathon 5th Birthday session, which will see the hugely well respected Sonja Moonear lead the charge out on the sand, with an extended set from so-hot-right-now trio Slow Life, and more surprises come soon from the super savvy AoD stable. Then onto a sentimentally tinged Beach Fiesta with world number one Space. Being the Ibizian club’s final year, this is sure to be an emotional affair.  The line up for that one is yet to be announced but you can bet it will be rather special.  Many more highlights await us including human music studio Beardyman, Sunday sensations Abode and some as yet secret live sessions.

Already regarded by many clubbing aficionados as a strong contender for the city's number one venue, this latest announcement is sure to send more shockwaves through the capital’s dance scene as Studio 338 edge ever closer to party perfection.