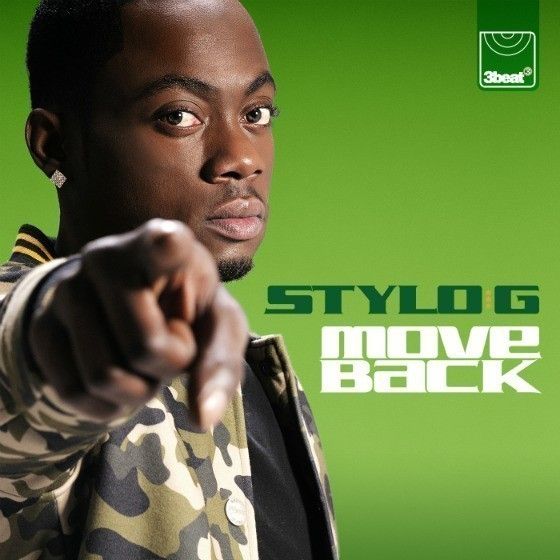 After a breakthrough 2013, Jason McDermott aka Stylo G is set to continue onwards and upwards as he gears up to release his new single ‘’Move Back’ on 3rd March 2014.

With fans ranging from Usain Bolt through to Idris Elba and the likes of Diplo, Basement Jaxx and Damien Marley joining him in the studio, Stylo G has firmly solidified himself as the UK’s most in demand and promising Dancehall/ Reggae artist. 2013 highlights also include Stylo G achieving a top 20 UK chart position with his debut single ‘Soundbwoy’, (dubbed ‘The Sound of the Summer’ by The Guardian), show-stopping performances at Glastonbury, Reading & Leeds and Wireless festivals and garnering two MOBO Award nominations, namely for ‘Best Newcomer’ and ‘Best Reggae Act’.

Jamaican-born Stylo G, came to reside in South London at the age of 12 following the murder of his father, the dancehall artist and producer Poison Chang. Stylo’s dual nationality has been very influential in shaping the direction and sound of his music, with his trademark style being renowned for ingeniously bridging the gap between dancehall and UK urban music to deliver something fresh and exciting. And since the 2011 release of street track ‘Call Mi A Yardie’, (which became an instant underground rave anthem on both sides of the Atlantic), Stylo G has gone from strength to strength, collaborating with some of the most influential names in grime, rap and dancehall along the way (including Wretch 32, Giggs, Gyptian).

And now, with the release of his new single ‘Move Back’, Stylo G shows no signs of slowing down. With its thumping bassline and jubilant live horn section, Stylo G has another undeniable club favourite on his hands. Lyrically, Stylo pays tribute to some of reggae’s finest – the legendary artists and soundsystems while sonically adding a dash of old school reggae style to this modern dancehall number. With support already from key tastemakers across Radio 1, 1Xtra and Capital Xtra (Mistajam, DJ Target, David Rodigan), it bodes well for ‘Move Back’ to emulate and exceed the success of ‘Soundbwoy’.

‘Move Back’ will be released 3rd March 2014 via 3Beat Records