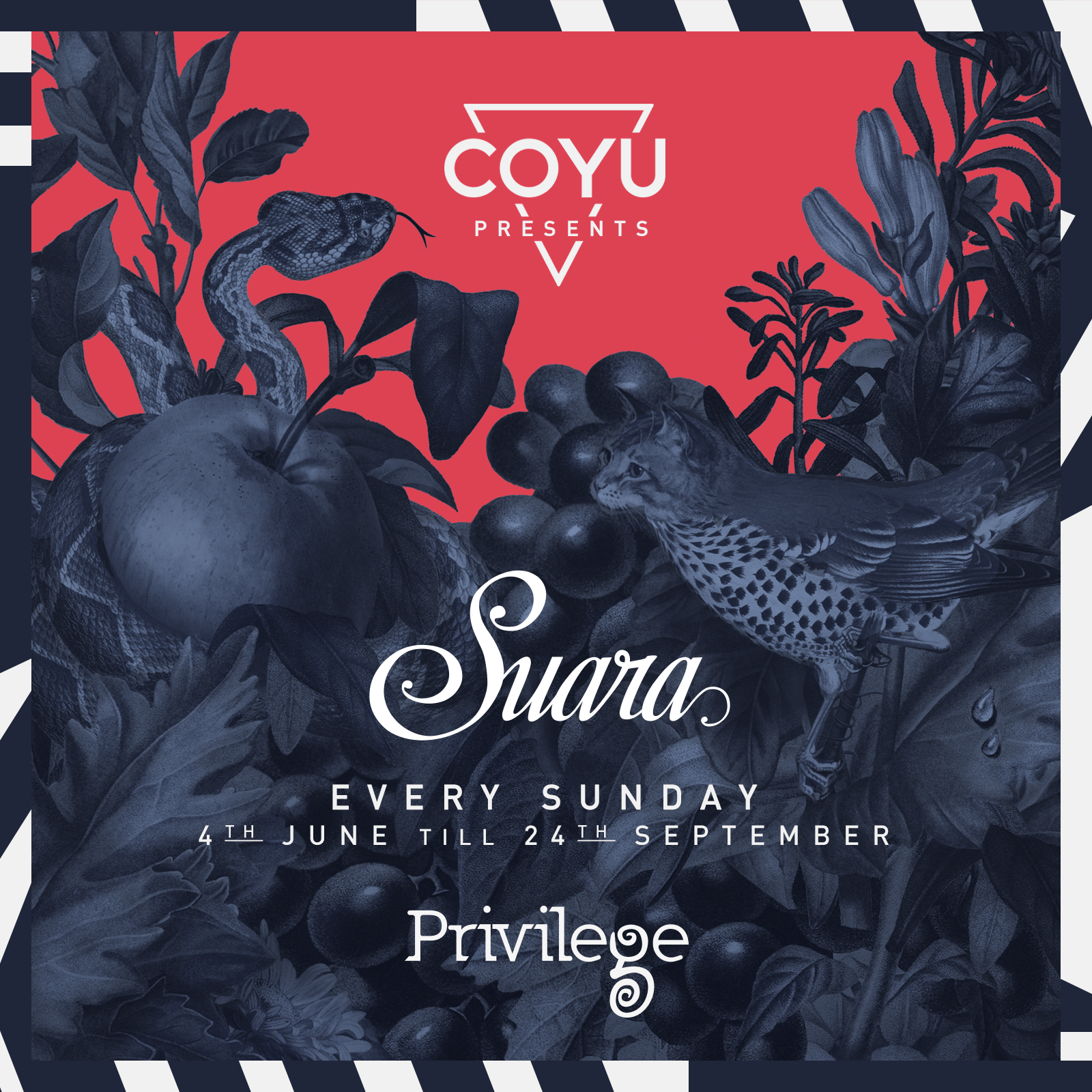 Sundays at Privilege Ibiza this summer belong to Coyu and his distinctive concept Suara. Launching on June 4th, Suara will descend on the mammoth venue for 17 consecutive weeks of musical bliss, until September 24th

This is the year of change in the world´s clubbing capital and the dawn of a new era for the biggest club in the world.  The club itself has undergone something of a refurbishment so is all set to sparkle once again in 2017, the perfect place for Ibiza´s most enthralling Sunday nights

Full line-up will soon be announced for this new and exciting season of “The Big Cat” Coyu and his Brand Suara at Privilege Ibiza. Tickets for all 17 events are now on sale at www.privilegeibiza.com