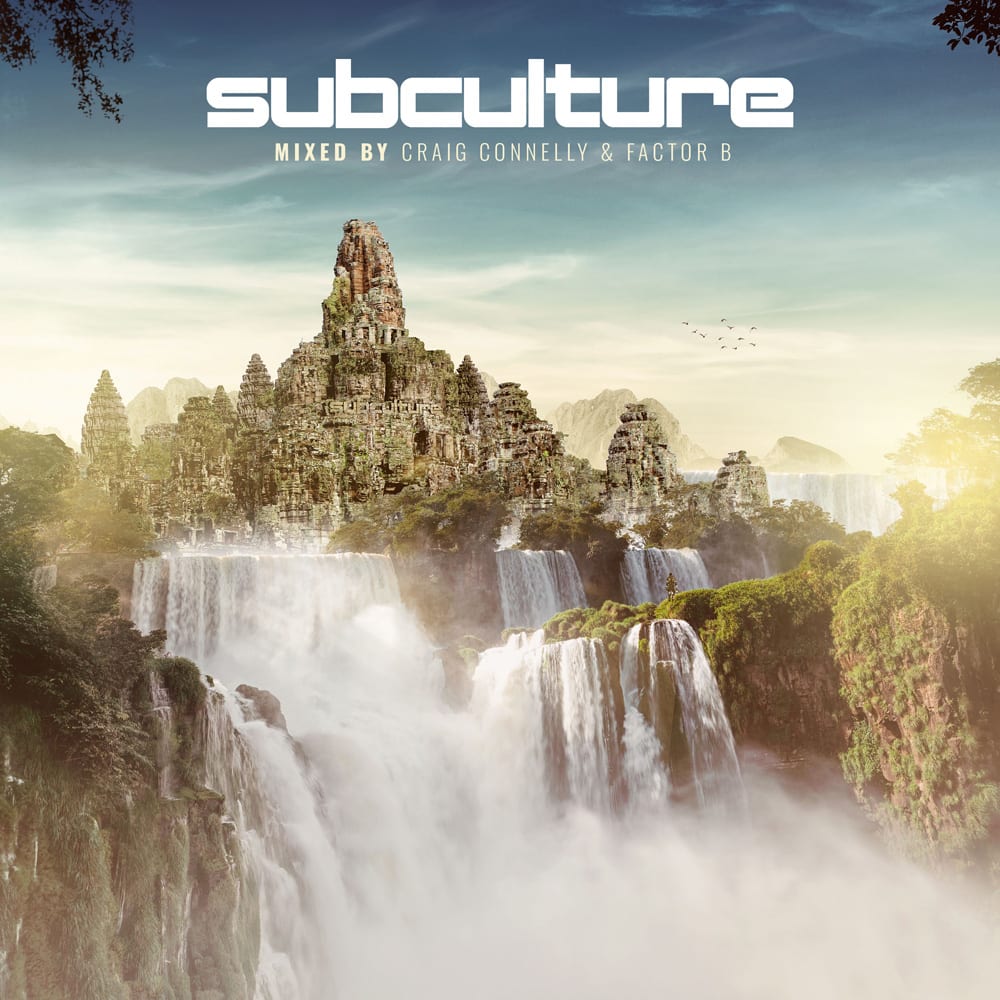 John O’Callaghan’s Subculture label tips its cap to summer with a fittingly superheated dual-disc music compilation. For it, the mix-reins have been passed to two of the label’s most trusted operators, Craig Connelly & Factor B. As is evermore the series’ form, our protagonists have used the platform to bring a near album’s worth of their own studio work to the release, elementally tying it to the label’s sound. Two thirds of both mixes are comprised of the producers’ own work, including many fresh-to-the-fore and upcoming creations.

Delivering trance textures to suit a spectrum of tastes (melodic, tech, tough and uplifting among em!), ‘Subculture’ assembles the finest summer ‘19 has to offer.

First to the mix forge, Craig hits the ground running with a rapid-fire succession of his own matter. In & amongst you’ll find the desk-fresh likes of ‘One Equals Atmosphere Squared’ and ‘Solstice’, as well as his 8/10 MIXMAG scoring latest, the “dramatic and emotional” ‘Waterfall’. Peppered between are Bryan Kearney’s essential ‘Omega Six’, Cold Blue newie ‘Simplicity’ and Giuseppe Ottaviani’s floor-ripper ‘8K’.

Righteously, Craig’s most recent remix work is also in abundance, with rewires of Ferry Tayle’s ‘The Way Back Home’ and Sneijder & Karen Kelly ‘Be With You’ dominating. James Dymond’s ‘Mandalore’ and ‘Futura’ from Waio & Kearney light the path to its summit, which is capped by Craig’s valedictory ‘Reverence’.
Factor B assumes the controls for ‘Subculture’s second disc and – with his Anti-Gravity Intro Mix of ‘Stardust Symphony’ – delivers the most epically sweeping of scene-setters. From there Brendan lines up his own ‘Anything [For You]’, as well as the Cat Martin sung ‘Crashing Over’, his spring 2019 instrumentals ‘Alpha’ & ‘Touch’ and the Thrillseekers paired ‘Into The Last Light’.

Lostly brings some ‘Neon Skies’ to the mix’s midpoint, before Brendan cracks open the Factor B remix locker to jailbreak his latest rewires. In quick succession comes the Australian’s refits of Neptune Project’s ‘Pulse’, Cold Blue’s ‘Mount Everest’ and John O’Callaghan & Deirdre McLaughlin’s ‘Stay With Me’, tying the mix off with his update of Marc Dawn’s classic ‘Random Walk’.

The perfect compound of artist and label identities, musically, what goes up no longer has to come down!
Craig Connelly & Factor B’s ‘Subculture’ arrives June 28. Pre-order here (https://bit.ly/2RmTjZh) from today!