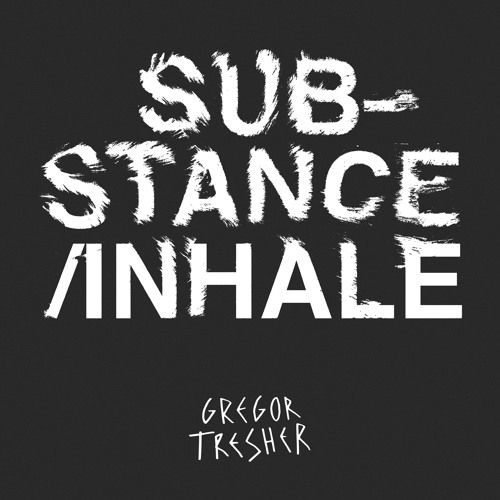 Three strikes deep so far; Gregor Tresher ignites the GTO machine for another unique two-track techno excursion that digs deep into his past while staring defiantly at the future.

First, the future: A place totally accessible with ‘Substance’ as it surges triumphantly into the unknown with a continuous cycle of new elements layering up over the laid back groove yet-relentless modulating pattern. Suddenly Gregor’s signature pads hit home and the future has landed.

For a taste of the past, check ‘Inhale’: A bass-heavy electro breakbeat that nods back to Gregor’s rich electroid history as Sniper Mode who released a body of work on Elektrolux, Mikrolux and Electrix during the early 2000s. Slinky-yet-sci-fi, spaced yet dense, this one will have you creeping right back to the source.

Back to the present: Dokser’s Atoll build on the momentum he has developed on Inctacto with a breath-taking alternate take on ‘Inhale’. Pounding into tomorrow with raw drive and determined peak time darkness, it’s devilishly direct… Just as all GTO releases have been so far. Don’t sleep.