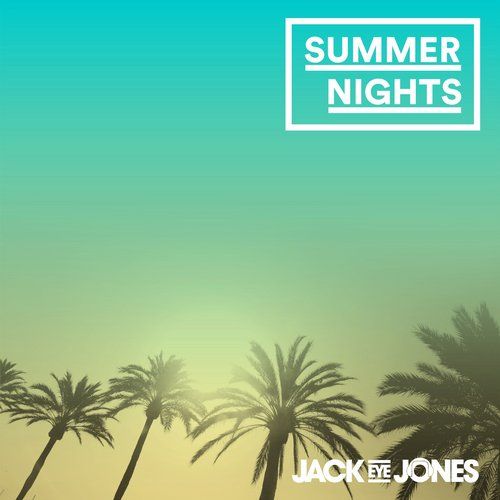 Talents like Jack Eye Jones are hard to come by in today’s electronic music world. The Scot has followed a consistent upward curve ever since his initial break piecing together mashups and edits that garnered the attention of everyone from Avicii to Tiësto. He is a unique breed of dance music dynamite, an artist utterly devoted to his fans and someone who constantly pushes the boundaries of creativity inside and out of the studio. It’s this creative streak that has seen him firmly ensconced in his LA studio over the past year creating a totally fresh body of work that now looks set to be one of the standout dance albums of the year, with a run of individual releases that will showcase the defining sound of Jack Eye Jones.

The album ‘Summer Nights’, is a collection of radio friendly crossover smashes incorporating influences from a plethora of sources including classic vocal house and tropical house which comes on his very own IBZ Records. It is a showcase of everything that fans have come to expect from this dynamic producer.

Summer Nights (with a subtle nod to another fellow Scottish, LA dweller) sees Jack bring together a host of vocal talent to compliment his energetic creations. Choice among them is fellow Scottish star and X Factor finalist, Nicky McDonald who brings his emotion-laden tones to Forever Young, a powerful melodic anthem which sets the tone for the rest of the LP. Also featured on the album are two upcoming talents in Hana (the daughter of legendary singer Pat Benatar) and Siren Gene who gives a standout performance in the slightly more downtempo Breathe In. The full list of collaborators also includes the Scottish songstress Toni Etherson as well as koli who features on the exciting ‘Misbehavin’. The album also features remixes from some of the world’s biggest electronic artists including long time supporters Tiësto and Laidback Luke as well as Dutch powerhouse producers Blasterjaxx (representing a whopping combined social reach of over 30 million!).

Those who have tuned into his ever popular radio presence Ibiza Sessions (over 2 million downloads on iTunes so far) will also be excited to hear that the LP also comes complete with a 12 track mix of the album, flowing perfectly from start to finish just as Jack Eye Jones envisaged during the early stages of its development. All in all, Summer Nights is a poignant debut album from one of dance music’s innovative talents.