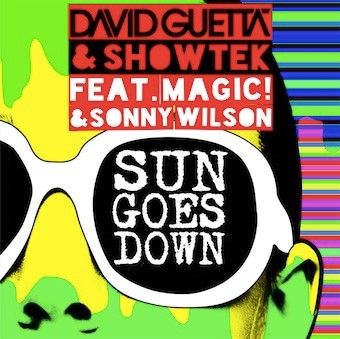 Following the launch of David Guetta & Showtek’s new single ‘Sun Goes Down’ – the fifth to be taken from David’s latest artist album ‘Listen’ – a special remix EP has also been made available to download. Drafting in huge remixes from Eva Shaw, Hugel, Tom & Jame and Brooks, as well as extended and summer mixes from David himself, each rework taps into the buzz and excitement surrounding the single.

From Hugel’s mellow, disco-tinted remix to Dutch producer duo Tom & Jame’s explosive electro-house edit and Brooks’ bubbling club rework, David’s original is transformed to impact on a multitude of dance floors the world over – and is sure to prove a big hit with his fans.

With ‘Listen’ having claimed the #1 album spot on iTunes in an incredible 75 countries, lead single ‘Lovers On The Sun’ ft. Sam Martin earning David his seventh UK #1 single and ‘Hey Mama’ ft. Nicki Minaj & Afrojack going Platinum in the US, David Guetta continues to prove why he remains the world’s biggest and most influential electronic artist.