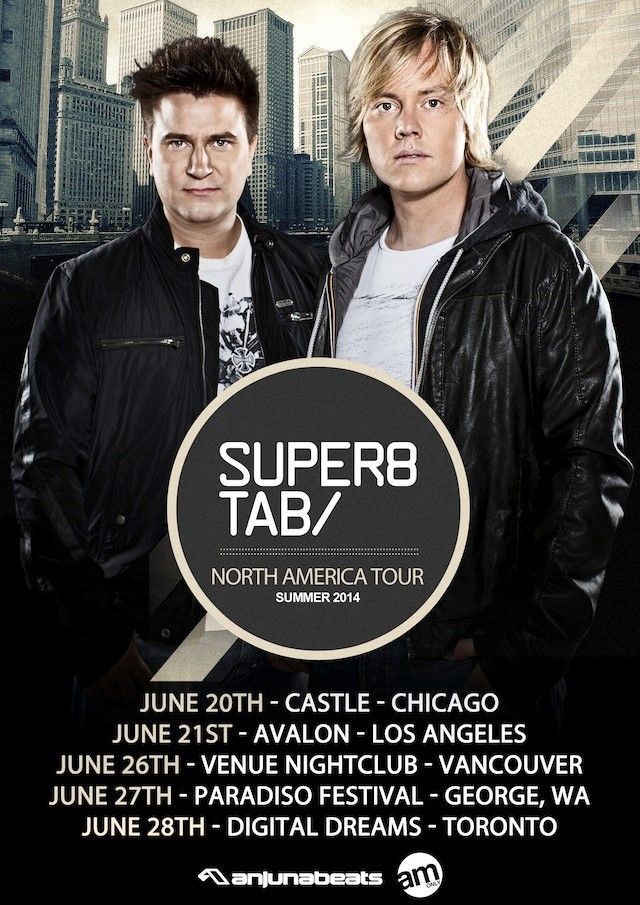 After a jam-packed Australian tour which came on the back of the equally successful “Code Red Tour” with label mate Jaytech, Super8 & Tab are once again trekking across North America this June. The Finnish duo will hit up five cities on both coasts, including the massive Paradiso Festival in George, Washington and Digital Dreams in Toronto. Chicago, Los Angels and Vancouver also host stops on the tour, where clubbers will get to experience Super8 & Tab floor-testing new tracks from their untitled, upcoming album.