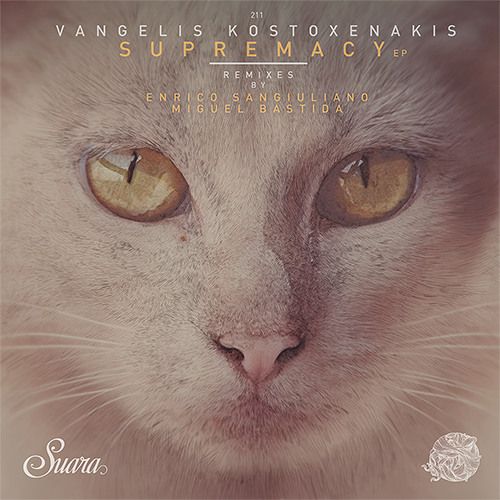 Up and coming Spanish DJ/producer Miguel Bastida steps up for remix duties for Vangelis Kostoxenakis’ latest release. ‘Supremacy’ is out on the 8th February via home-grown imprint Suara.

Presenting a clear cutting rework of the original, Miguel taps into darker techier textures of the record. Driven by a strong bassline and experimenting with a plethora of electronic elements, Bastida paves the way for underground masters.

About Miguel Bastida
Born in Alhama de Granada, Miguel Bastida is one of the most promising Spanish producers. His tracks on Sci+Tec, Bedrock, Trapez and Deeperfect, speak for themselves. In 2011, he opened his own label, Be On Records which is supported by Beatport store. Miguel’s catchy, eclectic beats have scored him an international touring schedule as well as appearing on line-ups on the likes of Creamfields, Cielo and Electrobeach in his native Spain.