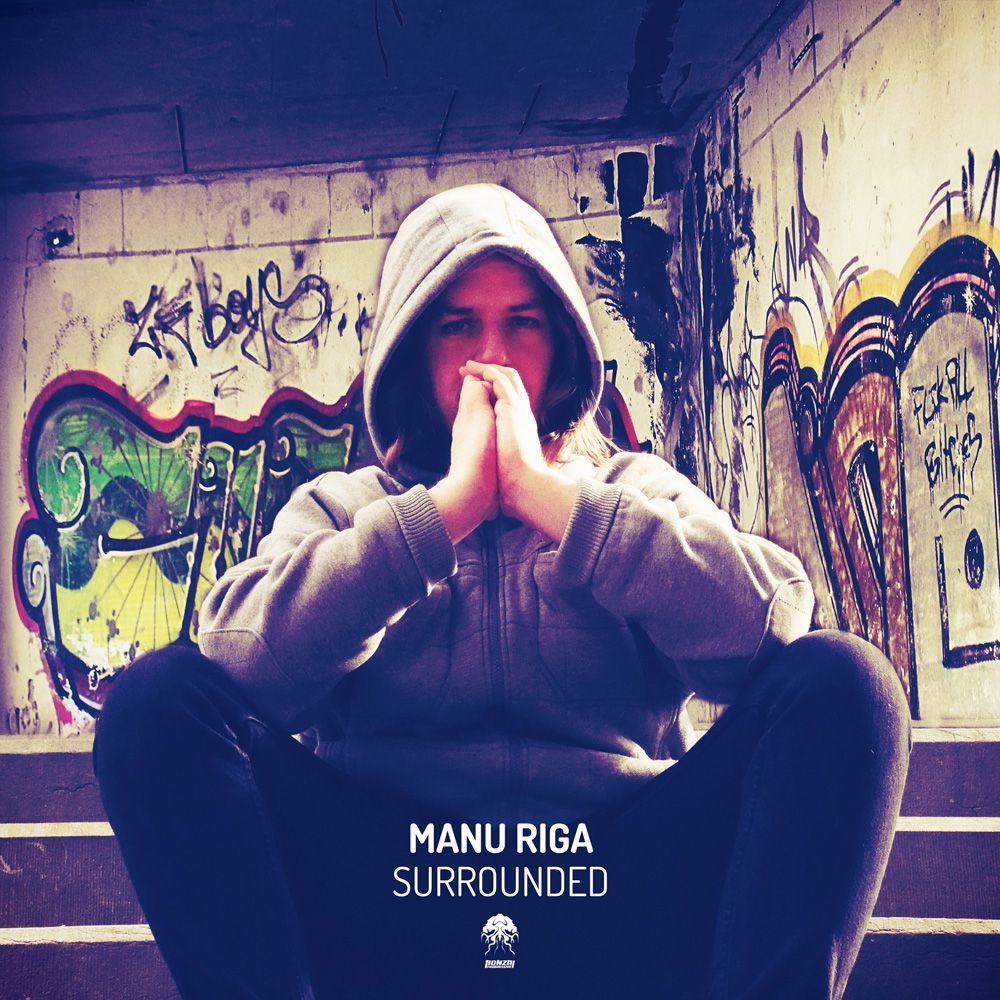 Surprise or otherwise, Manu doesn’t hail from Riga. Nor is it his real name. It is in fact the alias assumed by Adriaan Baussens, an underground production wunderkind who resides deep inside the Bonzai heartland of Belgium.

Teasing, to a fair degree, the world of electronic music with his deeply textured productions and reworks, they have been percolating the mixes of more progressively thinking DJs for several years now. From his earliest Bonzai releases like ‘Time In Between’, to his latest outings like ‘Forgotten’ (as well as remixes on the works of Gai Barone, Art of Trance, Moshic and others), his darkly brewed brand of late night absorption has attracted attention from several electronic music quarters

This month – for the very first time – Manu steps up to the album plate. Artists’ only get one debut longplayer, so it needs to weigh heavy. Manu’s though is nothing short of extraordinary. A 12-track-strong body of work, ‘Surrounded’ serves as an atlas of his exotic musical inspirations and stimuli. Its numbers work as both standalone tracks and – in the album’s odyssey-like end-to-end mix – as a ceaselessly immersive listen. It’s a mix whose transmission moves tactically upwards through tempo & tone phases, whilst largely transcending genre and established categorization.

For lovers of less regular forms of electronic music fruit, your deepest wishes are about to be fulfilled, your prayers answered -‘Surrounded’ is among us from June 13th.

The album weighs anchor with the shuffling percussion, timeless pads and stargaze celestial-ism of ‘First Steps’. Albeit coolly and with tempo most casual, its followed by ‘Moments Of Sobriety’, which introduces drums to the album, tinting them with Far Eastern resonance and instrumentation.

‘Migration’ and ‘Indigenous Rights’ drops the bass frequencies further, bringing greater depths, roll and groove to ‘Surrounded’s progress. Raising the drama meanwhile are its title track (complete with the haunt of singer Mimi’s vocals) and the dubby echology of the Massive Attack-like ‘Immortal Sins’.

As it transits into its second act, ‘Surrounded’ slowly, but perceptibly changes gears, moving from outright progressive onto a more trance-prog footing. As a triplet, ‘Cry To Oblivion’, ‘Urge To Live’ and ‘I Don’t Need You’ generate a more galactic, open-natured feel to the album, adding shades of Sasha & Digweed and early Leftfield to its sonic palette.

‘When The Day Is Gone’ and ‘Get Me Down’ edge it further upwards, setting elegiac cello & viola strings against sub-bass and contrasting orchestral piano notes with the ether of rainforest FX. Concluding its stylistic journey, and bringing it near full circle, ‘Forgotten’ provides the perfect dénouement. A beat-less swansong, with Fe Malefiz’s somewhat Bjork-like vocals delivering a poigniance that lingers long after ‘Surrounded’s final note.