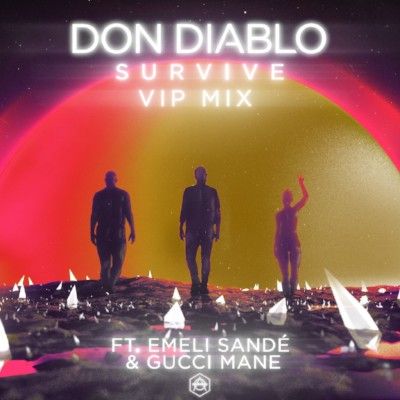 The ‘Survive’ VIP mix utilises stomping club-ready hooks and laces the original – which has already racked up more than 3 million Spotify streams since release – with Don’s deep signature bass-lines to create a huge dancefloor smash!

The mix follows the official video for the single, which showed Don touching down on a foreign planet alongside Sandé, and the golden astronaut figure of Gucci Mane, as the trio navigate through an apocalyptic world. Directed by Don himself and shot by HEXAGON FILM the video makes for the biggest production for the creative artist so far.

Having released his second album titled, FUTURE at the start of the year, the Dutch star has played at mainstages of major festivals across the globe, including Pinkpop, Creamfields, Tomorrowland, EDC, Untold festival, Parookaville, Ushuaia, Hi Ibiza & MORE!