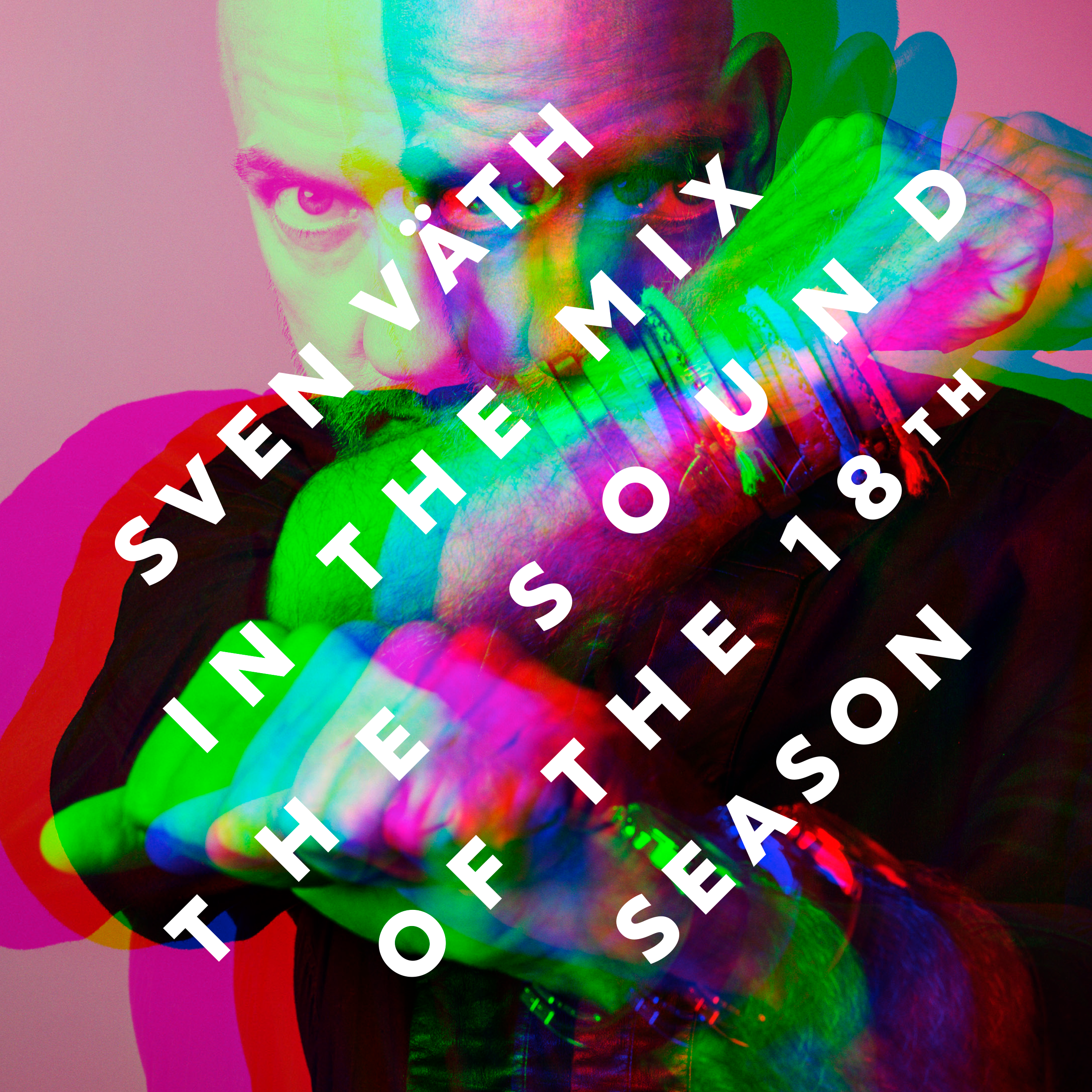 Sven Vath’s legendary Cocoon Ibiza event came of age in 2017 as its 18th season played out to great acclaim once more. Now the boss himself steps up to condense the sound of the weekly party into two compelling mix CDs.

DJ mixes often do little more than keeping up a certain mood, and masterful Sven Vath only needs a couple of moments to do just that. But this is not enough for the inimitable DJ from Frankfurt am Main, instead he wants to introduce listeners to an entire world of electronic sounds. Here he uses the mixes to express his passion for the whole scene, “to tell about the adventures he has experienced traveling, about his love for his friends, his children, his girlfriend and particularly to his fans all around the world” says the label.

As such the 18th edition of this series is a real trip. Disc one kicks off with deep house from Willow then the groove becomes more insistent as Eduardo de la Calle has the crowd gather around his pulsating bassline and crackling hi-hats. With the daring sing- a-long of Basti Grub, Vath shows his playful side and then comes the nonchalance and coolness of Eddie Fowlkes and singer Na Dee. With Fort Romeau, processed voices spread a trippy, unreal vibe and moments later, Vath blends a new, very special Chez Damier bassline into the mix. Ricardo Villalobos's casual, eye-opening grooves appear to be the ideal counterbalance to Damier’s unbounded bassline then things play out with the likes of DJ Slyngshot’s melody rich house, label stalwarts like Isolee and the high energy of KINK.

One of 2017’s biggest tracks in ‘Avalon’ by &Me puts a hymnal vocal and unbridled tribal percussion on top of a floating house groove to kick start disc two, which then touches the sonic vastness of Patrice Baumel, Fideles’s loose synth-sounds and the ghostly ‘On the Way’ by Gaiser which, with its uncanny voices, feels like a message from another, surreal world. With the moods always evolving and tempos roaming, Aubrey hints towards the big finish which builds through stomping Chicago house from Slam, a climactic cut from Secret Cinema & Egbert then the mysterious synth heavy techno of Barnt and Inigo Kennedy's groping, longing sounds suggest a new begin- ning.

Once again this is thrilling musical document that rounds up the most important techno party in the whole of Ibiza.